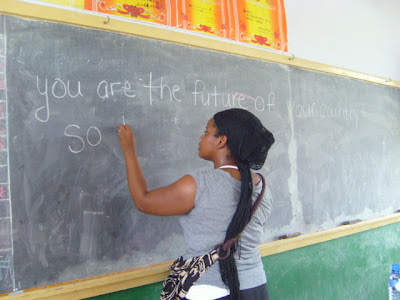 “What you do makes a difference, and you have to decide what kind of difference you want to make.” – Jane Goodall


I've been teaching for nineteen years. In grad school, when I decided to go on for a Ph.D. (which has been very long in coming, as it turns out), I was asked if that meant that I wanted to teach.


"Oh, no!" I declared immediately. "I want to run something, preferably something international!"


The fact is that, at that point, I was beginning to talk with people from around the world about setting up an International Economic Exchange Organization -- a barter network for member nations to rival the world bank.


Then, one day, the professor I was charged with assisting asked me to take one of his classes for a couple of days while he was gone and the rest is history. What I discovered was a roomful of possibilities, a sea (or at least a pond) of life on the verge of spreading everywhere, life unfolding.


In nineteen years, as a direct result of being in constant contact with the vitality of people engaged in learning processes of all kinds, I have grown and changed in ways I could not have imagined in that now long distant classroom where I first spoke about gender and work. Many of the men and women I have taught and learned from and counseled and encouraged may have gained little more than a passing grasp of sociological principles, but there have been more than a goodly number whose lives, they have told me, changed radically under my tutelage. And from time to time, they come forward to remind me so. 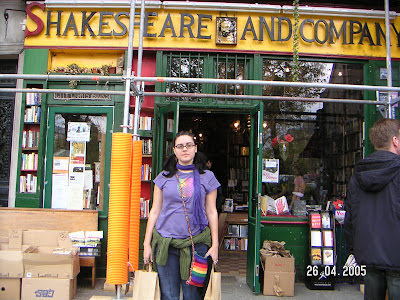 Recently, I have been contacted by several who caused me to consider once again that there was a time I wanted to run something international, but I have consciously chosen instead to engage myself in opening up that world to other, often younger, souls with great heart and great energy. Angela in Paris, Samantha in China, and Marc in the blogosphere honor me. I have made a difference. I am changing the world. I stand grateful.
Posted by changeseeker at 8:45 AM

Email ThisBlogThis!Share to TwitterShare to FacebookShare to Pinterest
Labels: teaching

God bless you for teaching - particularly for sticking with it for so long.

Perhaps in your quest to run something "international" you've learned that it's better to do something that is immeasurable.

Thanks, ACT. Your words made me feel so good when I read them, I had to wait to respond so I wouldn't blubber. I have no regrets. And things just keep unfolding.

I was going to send you something to blog about...(because I am sure you don't have millions of things) but I wanted to make sure you didn't already and there was that picture. Thank you so much. You are not only a seeker of change but you have been a manifestation of change for so many of us.