Anthony Hamilton: "Comin' From Where I'm From"

I'm posting this not because Anthony Hamilton is mega-talented (which he is) and not because all Black men have had exactly this experience (which they haven't necessarily) and not because I want to paint all women as disloyal and dysfunctional, with issues (which depends on a bunch of stuff, not the least of which is the patriarchal socialization with which we're all infected). I'm posting it because the emotions Hamilton is demonstrating here are about more and deeper than we want to think about.

White folks -- and even plenty Black folks -- want to bury this knowledge and pretend that "success" for Black men in America is just a matter of pulling their pants up and talking "proper" (White) English. It's way, way more complicated than that. And we all know it. Props to the Black men who keep on keepin' on. Somehow.

Change is constant. And nothing. lasts. forever.
Posted by changeseeker at 11:38 AM No comments:

Angela Davis on Palestine, G4S, and the Prison Industrial Complex

With Israel's aggression against Gaza currently demanding our daily attention, here is a YouTube video of Angela Davis speaking in Great Britain last year about Palestine, G4S (a hyper-security enterprise operating now in 120 countries), and how both relate to the treatment of undocumented immigrants and the prison industrial complex. It starts out slow, but hang in there. I promise you that you won't be sorry.

The department and university where I teach are bringing Angela Davis to our campus to speak this fall and I, for one, am very excited at the prospect. She is one of my heroes for a range of reasons, has been for a long time, and continues to raise the bar for me as the years go by. I give you Angela Davis.
Posted by changeseeker at 10:46 AM 2 comments:

Staceyann Chin: "All Oppression Is Connected"


Read more »
Posted by changeseeker at 10:01 AM No comments:

Sunni Patterson: "We Made It!"

I have posted this before, but this needs to be viewed again and again. Because it's true. And true is as good as it gets.
Posted by changeseeker at 7:00 AM No comments:

Martin Luther King, Jr.: "We're Coming To Get Our Check."

This is a short clip that will help you to understand why Martin Luther King, Jr., was shot by an off-duty police officer to stop him from kicking off the Poor People's Campaign. At the time of this speech, the Campaign was gearing up to march poverty-stricken people -- of all skin tones -- across the country and right into Washington. The woman you see after the clip of MLK speaking is Black Panther Kathleen Cleaver adding her two cents worth.
Posted by changeseeker at 7:00 AM No comments:

Morris Dees: "We Should Call It What It Is"

From time to time, I read or hear about how some White people are perceived by some People of Color as having made a career out of fighting racism, benefiting economically or otherwise from their work which is seen as taking away from Black people who should be getting all the attention related to (and any benefits of) the struggle against White Supremacy. Indeed, Malcolm X once told a young White woman that there was "nothing" she could do to help his cause. But in his famous speech on "The Ballot or the Bullet" in 1964, he also said, "We will work with anybody, anywhere, at any time, who is genuinely interested in tackling the problem head-on." Later, that same year, in a speech at Oxford University in England, he said, "And I, for one, will join in with anyone -- I don’t care what color you are -- as long as you want to change this miserable condition that exists on this earth."

I've been paying attention to and supporting the work of Morris Dees and the Southern Poverty Law Center in Montgomery, Alabama, for decades. Today, Dees sent out the following statement related to the continual and continuing attacks on President Barack Obama because of his skin tone. I think it states the case succinctly and I'm re-posting it here.

Read more »
Posted by changeseeker at 8:50 AM No comments:

Melissa Harris-Perry presented a segment on her television program recently featuring Tianna Gaines-Turner, a young Black woman who testified before a Congressional Committee on the struggle of living in poverty. Folks like Harris-Perry and Congresswoman Barbara Lee -- who are Black women, y'all, in case you still think it can't be done -- use their position and voices to empower others. Here's to speaking truth to power, no matter who you are. And here's to Tianna Gaines-Turner for proving yet again that ordinary humans, given the opportunity to step into the limelight, can shine like stars.

Posted by changeseeker at 10:08 AM No comments:

A couple of months ago, I came across "Shell Shocked", a new documentary about African-American youth who are growing up -- and dying young -- in New Orleans. I checked out the trailer, ordered my copy immediately, and then sat on it for months while I was screwing up the courage to watch it.

I could tell by the trailer it had been well done. And I already knew what to expect since I live 45 miles from New Orleans and have taught literally hundreds of students who commute from there on a daily basis. I spend a good bit of time every semester, in fact, working my butt off to help shell shocked Black youth hang in there another day while they're trying to overcome the effects of their experiences, which are sometimes on-going.

Young men come into my office on a regular basis, shut the door, and weep as they wrestle with their pain and their feelings of helplessness, hopelessness, and even terror that, despite their determination and their dreams, they won't live to graduate. Some, as they approach graduation, stress about younger brothers and sisters or come in to grieve the loss of yet another family member or friend.
Read more »
Posted by changeseeker at 5:25 PM No comments:

A couple of weeks ago, a specialist put me on insulin injections four times a day. While the process of trying to stabilize this new reality is careening through my life on a physical, psychological, and emotional roller coaster, I'm often in odd states of one kind or another. It's making ordinary daily affairs (like blogging) a bit trickier than usual. In the meantime, one thing I'm clear on: there's too much injustice, too much cruelty, and way, way too much war. I'm gonna work at stayin' alive, y'all. Let's work together to make sure there's a world we can stay alive in. Shall we?

Posted by changeseeker at 4:08 PM No comments:

There's a new news source in Baltimore, Maryland, operating as The Real News. It appears to intend to become a formidable contender for our attention and they certainly got mine recently when they ran a series of film reports I knew immediately I must watch and share with you. The series is called "Mississippi Freedom Summer" and features Bob Moses, who was an organizer with the Student Non-Violent Coordinating Committee back in the day, being interviewed by Paul Jay on his program "Reality Asserts Itself."

I waited until they were finished with the whole series so I could upload it all in one post. I don't know what you're going to do, but I had to watch all nine segments one after another because it's that good. It takes us back to 1964 and captures for us in the present a modicum of the tension the civil rights workers had to live in and with during those demanding times.

A Note To Flag Wavers On The 4th Of July 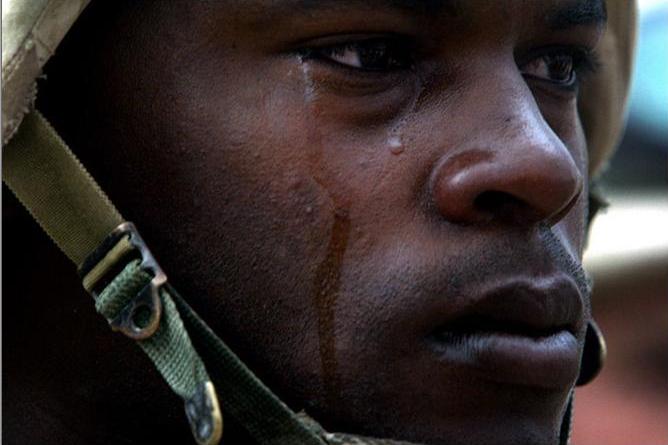 In case you haven't noticed, I'm not your typical "patriot." I don't believe this country has been Numero Uno in any particularly positive way for a long time, if ever. I know what the reality of our unvarnished history as a nation has been and it hasn't been pretty.

On the other hand, I don't want to live anywhere else at this point in time. I like my creature comforts. I just don't think they're more important than life -- my own or anybody else's. I'm happy to pay my taxes. I do wish the government would spend my share on things that meet the needs of the population and address issues of human sustainability instead of trying to bully other nations (because it never ultimately works) or funding local SWAT teams to kick people's doors down unnecessarily.

So I'm pretty low key on July 4th. I don't even own a flag. And I despair of folks who fly them after dark, in the rain, and when they're tattered (all of which are blatant breaches of flag etiquette). I'm grateful I'm a U.S. citizen, but maybe being born into a dysfunctional family teaches you early on how to love an institution you really can't celebrate. And, anyway, I'm clear as a bell that the government is not the nation.

But many U.S. citizens (a goodly portion of which will be in the streets in one way or the other today) don't feel the same way I do. They'll be wearing red, white and blue. They'll be flying plastic flags from their car antennas. And they'll be singing "God Bless America" and "The Star-Spangled Banner" at the top of their lungs (no matter how far off key). This post is for them.

Read more »
Posted by changeseeker at 2:50 PM No comments: