Angola 3 vs The State of Louisiana: The Battle of the Century 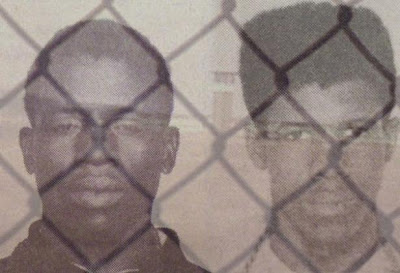 In a ruling on February 26th, Albert Woodfox (one of the Angola 3 that I have written about before) had his conviction overturned for the third time. As a proud supporter of the Angola 3 and the campaign to free them, I urge you to read the following article written by Jim Ridgeway and Jean Casella, the material linked within it, and my posts linked above. Then, if you agree that the continued brutality visited on these men represents an unconscionable miscarriage of justice in a nation that touts itself as the land of the free, I hope you will  decide to sign this petition calling for the State of Louisiana to refrain from appealing the new ruling. The world is watching not only "Buddy" Caldwell, but all of us. Are we going to stand for justice wherever it is under fire -- or are we not?

Read more »
Posted by changeseeker at 12:29 PM No comments: