Am I Not Human? I can't believe it's already the 27th again. I'm committed to posting about human rights violations on the 27th of each month. Sadly, it's never difficult to find an appropriate topic. In fact, there's usually a whole bunch of possible issues from which to choose. This month, since I'm in New York City visiting my daughter, I don't have time to write much, but these stories seem to me to be the most immediately crucial:

1) The Nation has reported that White vigilantes murdered African-Americans in the Algiers Point neighborhood after Katrina hit New Orleans two years ago. And Color of Change is trying to make sure the matter isn't just swept under the rug.
2) 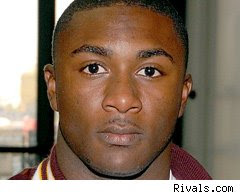 Top high school football recruit Billey Joe Johnson wound up shot in the head by a shotgun at a traffic stop in Lucedale, Mississippi, on December 8th. An independent investigation by the NAACP found that the incident was not a suicide, as had been originally suggested, but while it MAY have been an tragic accident, the family has hired the nationally-recognized Cochran legal firm to represent them.
Please forgive me for being so silent and so short this week.  I'll return after Monday and then I'mahna tear it up.
Posted by changeseeker at 7:00 AM 2 comments:

Where I've Been This Week 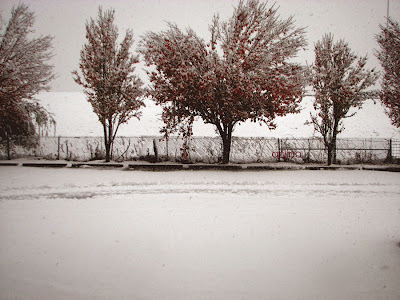 In case you wonder where I've been since last Tuesday, I've been (ready?) snowed under. That's right. My small town in southern Louisiana picked up eight (count 'em, eight) inches of the fluffiest white snow you can imagine. My twenty-something neighbors made snow angels, threw snow balls, and built a snowman, complete with jaunty Louisiana bluesman hat. A small herd of children marauded excitedly from yard to yard. And the power, needless to say, went out for multiple days for the second time in three months. Thanks to an under-sized emergency transformer thrown up and never replaced after Hurricane Gustav, I went 72 hours before I got my power back, even though everybody else on my road got theirs back in 48. Sigh.

Just imagine trying to sleep under three cotton blankets and a comforter while wearing jeans, a turtleneck sweater, a Brooklyn Industries hooded sweatshirt (zipped up), two pairs of socks, wooly slippers, and gloves. In pitch darkness. Only crawling out of said cave to sit on a toilet seat made of ice.
To make matters worse, the roads for that first day were so icy (and Louisiana drivers so inexperienced) that trucks were in ditches all over the place and cars were bouncing off the highway abutments like popping corn.
And it was finals week going into Commencement on Saturday, so on top of everything else, students were panicking and teachers were walking the halls in the clothes they slept in, looking seriously rough and having trouble maintaining focus.
I ultimately wound up spending two nights at a friend's place, did almost NO work, and lost yet another freezerful of food, bringing my total loss to about $150 worth of food in three months. The up-side was that it was so cold in my house that the soy milk, yogurt, meat and cheese in the fridge didn't spoil. Yeah.
This morning I came across the following YouTube video, so now I know who to blame for this um...interesting evolution. (I originally attributed it to the way we've screwed up the ecological balance, but who knew?)
To the little girl in Baton Rouge who wrote Santa asking for snow, I'd like to say, "Okay, now. That's enough." But just in case she really does have some kind of special line to the old guy in the red suit, I'd like to suggest that she ask for world peace next. Snow is pretty, but peace would be glorious. Wouldn't it?
___________________________________________________________
The photo above was captured by Vonna Varnado, one of my students and a multi-talented artist to watch.
Posted by changeseeker at 8:48 AM 4 comments:

The Universal Declaration of Human Rights

In recognition of the fact that it was sixty years ago today that the Universal Declaration of Human Rights was adopted at the U.N., I'm posting this beautiful YouTube video produced by Amnesty International. It's crucial that we consider on this (and every) day that millions of people's human rights are violated routinely, causing horrendous and unnecessary suffering around the world. I would also suggest, however, that we should also be considering the following:

1. Is it not a human rights violation that African-Americans in the United States still cannot expect to exercise the rights they are guaranteed as U.S. citizens by the U.S. Constitution?

2. Is it not a human rights violation that women and women's work is devalued in every nation of the world despite the invaluable -- and widely recognized -- social, cultural, and economic contributions we make to those nations daily?

3. Is it not a human rights violation whenever an individual consumer -- anywhere in the world -- purchases a product made under conditions that violated the human rights of the worker who produced it?

4. Is it not a human rights violation that the public education system in the U.S. is two-tiered, ensuring that the children of middle and upper class families will have an entirely different experience of education than poor children?

6. Is it not a human rights violation of all U.S. citizens that George Bush (the second) took office as President twice without ever being elected as such?
Posted by changeseeker at 9:04 PM 5 comments:

Fats, Ray and Jerry Lee to the Rescue

It's been a hard semester and as I head for the finish line on Friday, I'm feeling like a marathon runner at the end of a race. It ain't easy.

And already, looking beyond, I'm thinking about how to cut the paper I wrote on bloggers and get it submitted for possible publication, preparing to do some research on how Africans and African-Americans feel about each other, fittin' to (as we say) do some work on my "In-Your-Face Women" manuscript, projecting all the way to next summer when I may work with a Latino advocacy agency in Texas, and knowing that I still have to find time to set up the course on sexuality I'll be teaching next semester...all while preparing to spend a few days in New York City with my daughter.

Gracious. Where am I gonna get the energy? Music helps...
Posted by changeseeker at 7:47 PM No comments: 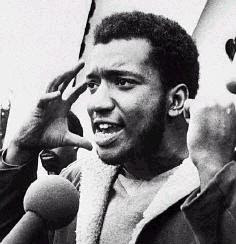 In the wee hours of the morning on this day in 1969, Fred Hampton, Sr., was assassinated by a coalition of law enforcement officers representing city, county and federal agencies in Chicago, Illinois. These lines, taken from some of his speeches, as presented in the movie, "The Murder of Fred Hampton," are why:

"I was born in a bourgeois community and had some of the better things in life, but I found that there were more people starving than there were people eating, more people that didn’t have clothes than did have clothes, and I just happened to be one of the few. So I decided that I wouldn’t stop doing what I’m doing until all those people are free.

"Nothing is more important than stopping fascism because fascism will stop us all. We don’t hate White people. We hate the oppressor, whether they be White, Black, Brown or Yellow. We will work with anybody, coalesce with anybody that has revolution on their mind. But anybody that comes into our community and sets up anything that does not meet the needs of the masses, I will grab him by the neck and beat that man to death with a Black Panther paper.

"If you ain’t gonna do no revolutionary act, forget about me. I don’t want myself on your mind if you’re not gonna work for the people.

"I might not be back. I might be in jail. I might be anywhere. But you can believe that the last words on my lips were ‘I am a revolutionary.’


"You can kill a revolutionary, but you can’t kill the revolution."
Posted by changeseeker at 7:00 AM 10 comments: