Albert Woodfox: The Beat Goes On... 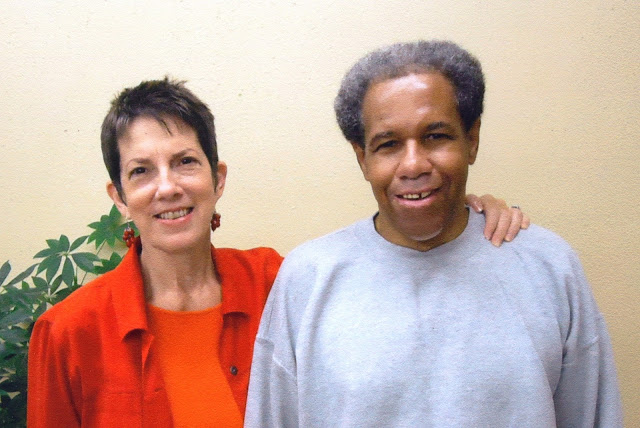 One of my students told me they saw this photo of Albert Woodfox and me on MSNBC last week while all the court news was breaking. I responded that I can't imagine anyone I'd rather appear on national television with than Albert Woodfox. The photo was actually taken in August of 2012, when -- for no reason we could come up with -- the Powers-That-Be suddenly decided we could have some pictures taken.

It hadn't been allowed before, even though others in the same visiting room were having them taken. And when I came back for my next visit, the "rule" had been changed again to not allow it. But on this particular weekend, acting like it was no big deal, they gave us the go-ahead and we jumped out there to grab the opportunity, never knowing until last week, it would put us together on prime time news.

Read more »
Posted by changeseeker at 3:39 PM No comments:

Senator and Pastor Clementa Pinkney: From The Grave

May all People of Color be comforted in the knowledge that the act of killing this man and eight others at Mother Emanuel A.M.E. Church in Charleston, South Carolina, day before yesterday will fuel in millions of Americans an ever deepening commitment to root out White Supremacy and plant respect, love, and justice in its place.

Posted by changeseeker at 9:33 AM 2 comments:

Every cell of my mind and body has been focused on Albert Woodfox this past ten days. And I'm feelin' it. My hands are trembling, my glucose level is all over the place. I'm worried for him, still sitting in a closed front cell facing what he has to fear might be the last years of his life in solitary confinement. I'm distracted and depressed, which makes me ignore the seven piles of work -- some of it fairly important and much of it with due dates -- neatly arranged on the futon in my office at home. And the further behind I get, the more despair I feel about the issues that put me in this head in the first place.

When I drove up to the jail Friday, I was thinking, hoping, we might be driving away from the place with him in tow this time. But by the time I got there, the Appellate Court ruling had been announced. He will sit there until he is re-tried unless the State drops the case or a settlement is reached (the latter two so unlikely as to be pointless to consider). And several of the family members of the guard Albert was convicted of killing (without credible evidence and utilizing every White Supremacist trick in the criminal just-us book) were on hand putting on such a show for the media, you would have thought the guy just died yesterday instead of 45 years ago. Skip that the guard's widow released a 3-page statement Thursday calling the State a liar and begging them to drop the appeal.

Posted by changeseeker at 9:21 AM No comments:

Albert Woodfox: "They're Calling Me The Last Man Standing" 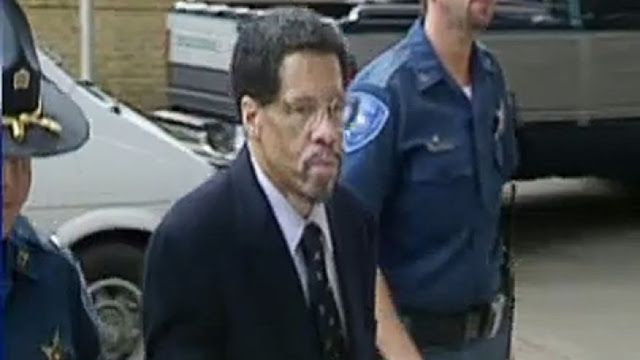 
Five years and eleven months ago yesterday, I first laid eyes on Albert Woodfox. He was still in the Louisiana State Penitentiary at Angola then, where he had been locked up in solitary confinement almost continually since April of 1972. I had been a prison abolitionist myself for thirty-eight years at that point, so it was not surprising that we found each other. Despite the 6 X 9 foot cell in which he had been held so long, hundreds, maybe thousands, of people around the world had already found him before me. But unknown to him, when he turned 62 in February, 2009, I threw him a birthday party and invited students on the Louisiana university campus where I teach to come.

As a sociologist and long-time activist, I consider it one of my principle roles to introduce students not only to what is really going on in the world so they can become conscious of social injustice, but also conscious of the option to develop a dedicated willingness to work for positive social change. A few came out and ate some cake and learned a little about Woodfox, but I had only been at the school for three semesters and this was hardly business as usual there as yet. Still, I thought it would only be appropriate to send him a short letter and tell him what we had done.

I didn't fully realize who he was until he answered that first letter, which I didn't really expect, though I had written many prisoners over the years and they always write back. It was then that I did what journalists do and looked the man up on the internet. Reading his whole story, I was stunned. Here was a real live Black Panther Party organizer and hero ninety minutes away from me, living in a cage at the whim of a States' Attorney with what seemed to be a remarkably personal vendetta against him. I was fascinated. I almost immediately decided this was too romantic not to be kismet.

Albert Woodfox, with humility and grace, declined the offer of my heart, recommending that I read The Prisoners' Wife, instead, a painfully honest book about how prison relationships can grind the soul. I read it, but I was insulted and suspected that he was not taking me seriously or that I had simply not met his standards in some way. I did not yet understand the effects of four decades of solitary confinement, but I came to. More importantly, I eventually came to know the extraordinary person that Albert Woodfox is.

In any case, I soon gave up the fantasy of being a political icon's love interest -- but not without some chagrin and more than a little embarrassment, which he kindly never mentions. And we became close friends. We have shared forty visits -- or more -- since then, even when they moved him from Angola to a smaller prison five hours away and cut the visits to a couple of hours each. I drove it in the pouring rain (which I loathe doing). I drove it when they put him behind a glass shackled to the floor (for no reason). I even drove it while we were arguing about gender issues for a while. And yesterday morning, I drove the ninety minutes to the Parish jail where he's been held in more recent months to share with him what could very likely be his last visiting day in prison.

Read more »
Posted by changeseeker at 8:10 PM No comments:

Louisiana Attorney General Buddy Caldwell's Office has filed a notice to appeal a federal judge's ruling calling for the release of Albert Woodfox, the last remaining imprisoned member of the Angola 3, [while] Woodfox...remain[s] in state custody in St. Francisville. Woodfox has been in solitary confinement in Louisiana prisons for more than 40 years related to the 1972 murder of prison guard Brent Miller. Courts have twice overturned his murder conviction, but the state is seeking to take Woodfox to trial for a third time in the 43-year-old case.

Read more »
Posted by changeseeker at 5:49 PM No comments:

A federal judge in Baton Rouge has called for the unconditional release of Albert Woodfox, the only remaining imprisoned member of the Angola 3. For more than 40 years, Woodfox, 68, has been in solitary confinement at Louisiana State Penitentiary at Angola, and other state prisons, for reasons related to the 1972 murder of prison guard Brent Miller. Woodfox has twice been convicted of Miller's murder, but courts later overturned both the convictions. U.S. District Judge James Brady issued a ruling Monday (June 8) afternoon calling for the unconditional release of Woodfox from state custody and barring a third trial of the murder charge.

Emory Douglas and the Art of the Black Panthers


Emory Douglas: The Art of The Black Panthers from Dress Code on Vimeo.

I've written more than a few words about the Black Panther Party since I first visited Albert Woodfox six years ago and I've met some pretty interesting people in the process. Brothers and sisters from another mother, some people would say. And it just keeps unfolding.

Having dinner with Angela Davis last fall when she was brought to speak on the campus where I teach, I was made to realize that it was only a couple of months after she was incarcerated back in the day that I found my way to a prison abolition collective that kicked ass nationally for a couple of years and affected the rest of my life. And I didn't even know who Angela Davis was at the time.

Last week, when I was honored to appear on the George Jackson University Radio show, it gave me an opportunity to do some reflecting on the past, present, and future of my beliefs and commitments. It's a process that continues. But suffice it to say (once more) that if you pay any attention at all, consciousness will getcha. And while not everybody is as open to Universal Truth as I can't seem to help but be, I was asked to speak just the week before to a totally different group on the topic of "Steadfast and Dedicated." I couldn't run if I wanted to.

While I figure all this out, though, and try to make a dent in the six different piles of work in my office at home, I want to let you know that the times,,,they are a-changing.

Posted by changeseeker at 6:03 PM No comments: