I AM The People 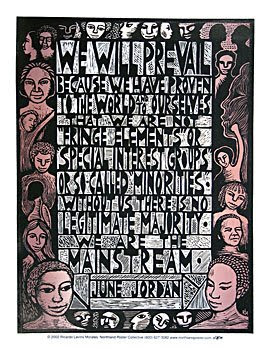 Back in the seventies, when I was neck-deep in the prison movement, I was sent at one point to ask to see a particular prisoner at Leavenworth Federal Penitentiary. I was a minister at the time in a church that had been founded in the federal prison system. It had been recognized in court as a church and therefore, under the First Amendment of the U.S. Constitution, prison authorities had to allow our ministers access to any prisoner anywhere (even in solitary confinement) for whom we were the "chaplain of record." I was Joseph Harry Brown's chaplain of record and, by law, they had to admit me. Needless to say, it was some dance we were all doing. 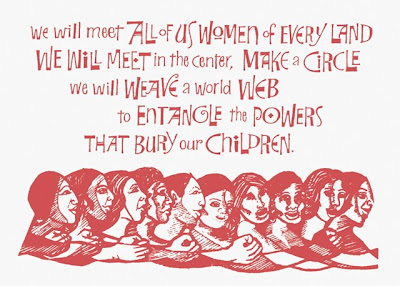 I haven't blogged for two weeks now. Like I'm telling you something you don't already know. But I still call myself a "blogger." Or at least I say, "I've been blogging on race for more than three years..." whatever that's supposed to mean.

And I don't have the juice tonight to write anything that requires thought of any kind. But it occurs to me that there are reasons for this. And even if I'm not holding up my end of our bargain right now, the least I can do is tell you why.
In the last three days, I read eight articles for a sexuality course I'm teaching; watched three videos on the sexual trafficking of minors to choose the right one for a Social Problems course; did considerable work on an Introductory Sociology reader that has to be finished by Friday, if at all possible; finished a Powerpoint presentation on in-your-face women I'm expected to offer in the Student Union theater on Wednesday; tried to generate some financial support for my friend who works with street kids in Haiti; and met separately for an hour each with a Latina woman, an African-American woman and an African-American man -- all students, all struggling not to drop the ball, despite monumental difficulties in their lives. AND I just wrote Black Panther Albert "Cinque" Woodfox a letter about the birthday party we had for him on the 19th of last month -- complete with birthday cake and a showing of a movie about why he's been in solitary confinement for thirty-six years for a crime he didn't commit.
In addition, of course, I had to show my fifty-pound dog some love because, believe me, he has serious mechanisms for impressing me with the wisdom of that practice, just in case I don't ante up. And in between, I cooked and did laundry and jog/walked whenever the rain let up enough and meditated in the woods on how even an ant has a role in the scheme of things on Planet Earth. From each according to its ability, to each according to its need...
Without all of us, we go down.
___________________________________________________________
The poster featured above is available from the Syracuse Cultural Workers Collective.
Posted by changeseeker at 8:04 PM 6 comments: