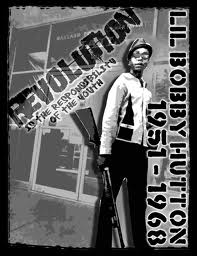 This semester, I'm teaching a Racial and Ethnic Relations class, which I present more or less as a course in White Supremacy 101. Last week, I showed "Passin' It On," the story of Dhoruba bin Wahad, a Black Panther Party member who was targeted by the criminal justice system and spent nineteen years in a cell until he was finally acquitted and released. Reading the startled reactions written by my students after watching the film, I was caused to think about another Black Panther: Lil' Bobby Hutton.

Bobby was the first recruited member of the Black Panther Party for Self-Defense, joining in December of 1966 at the age of sixteen. Sixteen months later, two days after Martin Luther King, Jr., was gunned down by a police officer in Memphis, Tennessee, the Oakland, California, police department attacked the BPP office and shot Lil' Bobby more than twelve times when he walked out into the street in his underwear so they would know he was unarmed. Long live Lil' Bobby Hutton and all people who unite to fight those who carry on the traditions and practices of White Supremacy.

Posted by changeseeker at 8:38 AM No comments:

"We called ourselves the children of Malcolm" 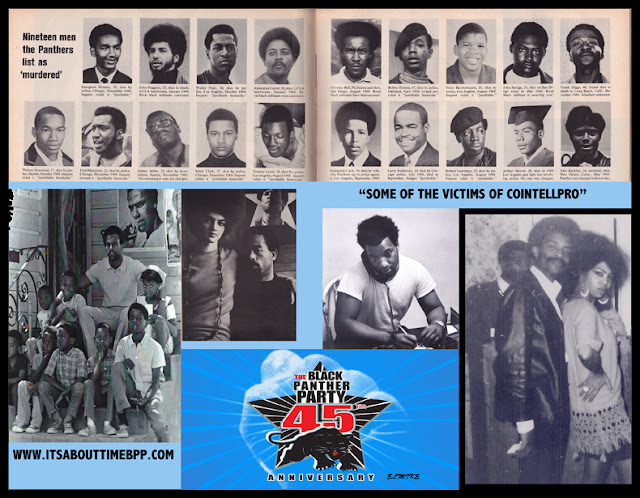 In honor of the Black Panther Party for Self-Defense, which celebrates its 45th year this month; in remembrance of all the brothers and sisters (Black and White) who struggled, suffered and died to advance the goals and aspirations of the Party; and in solidarity with those brothers and sisters (Black and White) who remain in the belly of the beast in prisons and jails throughout the not-just, not-legal system in the United States because of their political beliefs and most particularly Albert "Shaka" "Cinque" Woodfox and Herman "Hooks" Wallace who have spent their last forty years in solitary confinement, I am posting this recent interview with Billy X, one of the earliest organizers for the Black Panther Party. Learn more here or here. 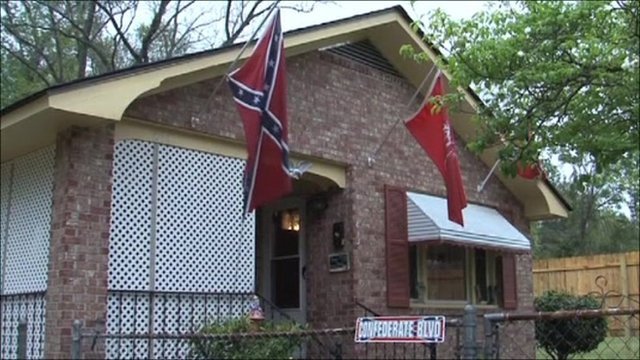 A couple of weeks ago, I saw an article about another White Southerner with a really bad case of "Let-Me-Show-My-Ass-In-Public-Over-My-So-Called-White-Heritage." Apparently, Annie Chambers Caddell feels so strongly about her "White heritage" she has to hang a big Confederate flag in front of her house in a -- get this -- Black neighborhood in Summerville, South Carolina.

And it gets weirder than that.

She has a bunch of drawings on her wall of famous Black men, including among others, Tupac Shakur and Barack Obama (one can only wonder how she made her list of who to...er...hang). And she told a British journalist that she sees no contradiction in the fact that she hung both the pictures and the flag.

I can't imagine why she moved into a Black neighborhood last year with her White-is-right perspective. Maybe somebody left her the house in a will. Maybe she just couldn't wait any longer for her fifteen minutes of fame so she hung the flag a month after she got there. Maybe she's crazy as a bedbug.

But one thing I know for sure: she uses the words "White heritage" without the foggiest clue what they mean. Because if she thought about it, she'd think again.