On Being Black and Gay 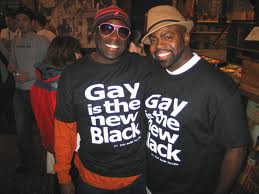 Six years ago, when I started this blog, I decided to focus it on the socially-constructed, political notion of "race." Consequently, I have only occasionally broached other issues, even issues I feel fairly strongly about, such as women's reproductive freedom, Palestinian national autonomy, and rights for gay, lesbian, bi-sexual, transgendered, trans-sexual and queer people, including same sex marriage.

Since I've been teaching courses in gender and sexuality from the sociological perspective in recent years, I've been made increasingly conscious of the rabid homophobic panic that many Black folks seem to feel in the face of the fact that there are millions of people in the U.S. who are GLBTTQ and a statistically representative number of them are Black. Once, during the second lecture of a sexuality course, before anyone had as yet gotten comfortable, I mentioned the word "gay" in passing only to have a young Black male student throw up his hand instantly to announce out of nowhere, "I'm not gay!" I was speechless.

I Double Dog Dare Ya! 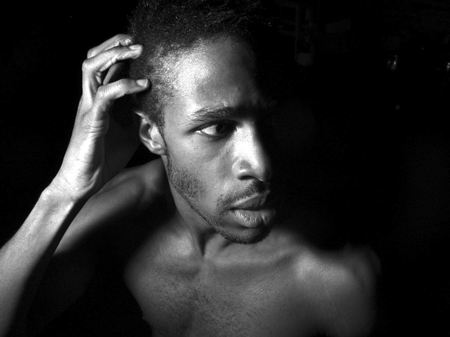 Last night and the night before, I watched two separate documentaries that took the top of my head off. So you know you're gonna hear about 'em. They were both on my local Public Broadcasting channel and they are available online for free even as I write, though my understanding is that they will disappear in fairly short order, so you need to look lively if you're going to get a freebie while simultaneously having your mind blown. I realize this doesn't appeal to everyone, but c'mon now, you're reading this blog. You could invite a few friends over, order some pizza, and watch a double feature. I dare ya. In fact, I double dog dare ya.

The Framing of Kevin Cooper 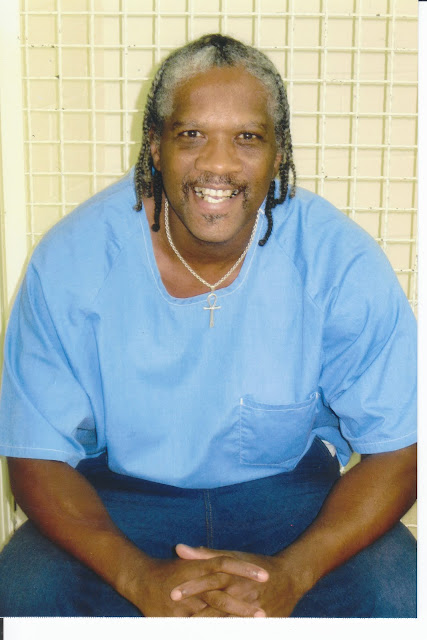 If I read in its entirety every email I get about issues around the globe, I would have to quit my day job and get paid just to read.  I do usually pay special attention to the work of Hans Bennett of Prison Radio, however. I won't front. I don't read every word he writes. This guy is prolific and I just don't have that kind of hours in the day. But I do pay attention.

The piece I'm re-posting here got the nod for another reason, as well. Several years ago, I posted a photo link on the right side of this blog to a site calling for the freeing of Kevin Cooper. I probably responded to a call for action related to an eminent execution date. I'm opposed to capital punishment regardless. Somebody I usually agree with must have asked for a show of solidarity to keep Cooper alive and I put up the link. And then promptly forgot about it. Like I said, I can't stay on top of everything.

In any case, when Bennett sent this interview, I read it. About time, huh? And, needless to say, it was one more of those Oh-my-God-how-do-these-sh*theads-sleep-at-night? moments. So, I'm putting it here. Take a minute. You need to know about this case.

Read more »
Posted by changeseeker at 5:03 AM No comments:

Just in case you're unclear about it..

Posted by changeseeker at 2:01 PM No comments: 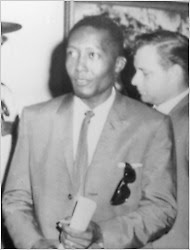 Mumia Abu-Jamal Among the Living 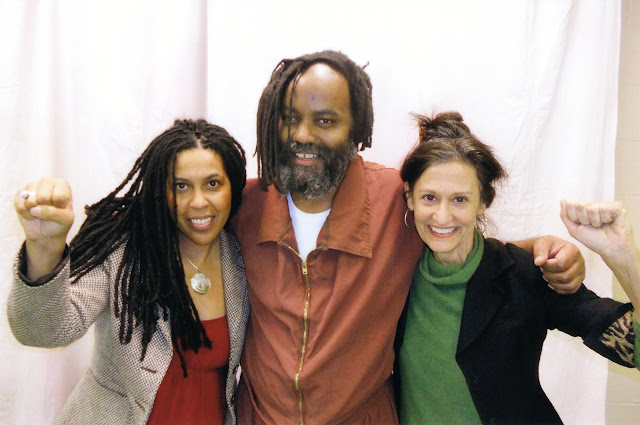 On January 27th, Mumia Abu-Jamal, the journalist and Black Panther Party member who spent thirty years on death row related to a case that many feel is a miscarriage of justice, was released into general population at the Pennsylvania State Correctional Institution at Mahanoy. Three days later, he had his first contact visit and kissed his wife for the first time in three decades.

Last Thursday, he had his second contact visit and the following letter was posted by Johanna Fernandez (left above) to share the experience with the rest of us.

Read more »
Posted by changeseeker at 9:25 AM 8 comments: