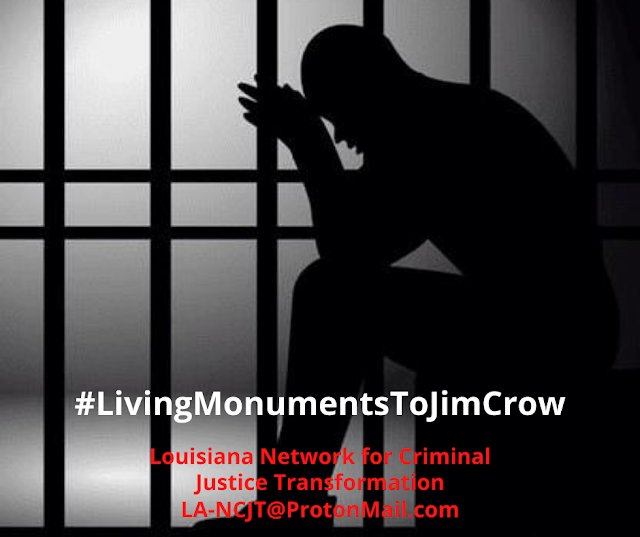 This op-ed essay was first published in The Advocate on Friday, July 24th.

As the nation moves to remove the monuments to racism throughout the South, consider the largest monument of all: hundreds of people locked inside prisons throughout Louisiana without the unanimous consent of a jury.

One of Louisiana’s Jim Crow laws allowed nonunanimous juries to disenfranchise black jurors. The practice was codified at an 1898 constitutional convention with the explicit purpose “to establish the supremacy of the white race in the state.”

For the next 121 years, Jim Crow juries worked exactly as they were designed, condemning countless numbers of people to prison for tens of thousands of years on weak cases with inexcusably short deliberation times. Jim Crow juries helped make Louisiana the prison capital of the world, fueling a mass incarceration crisis that disproportionately impacted Black communities. This law was not ended until 2018, when 65% of Louisiana voters said “enough is enough” and overwhelmingly approved a constitutional amendment abolishing the practice for future trials.

This spring, the U.S. Supreme Court agreed with Louisiana voters and found that this practice violated the U.S. Constitution. Through this historic ruling in Ramos v. Louisiana, the court explained how nonunanimous jury convictions silenced the opinions of jurors of color, as it was purposefully drafted for racist purposes.

But because the Supreme Court’s ruling is not yet retroactive, Jim Crow jury sentences continue to inflict devastating harm on families and communities across the state. Nearly 1,500 people are still serving prison sentences — many without the possibility of parole — even though a jury could not come to a unanimous decision on their guilt.

Jim Crow juries contributed to the wrongful convictions of thousands of people, some of whom remain in prison. The practice corrupted the jury process by silencing dissenting viewpoints and depriving the other jurors of a full view of the evidence. It prevented verdicts that survivors and victims' families could believe in, deprived defendants of their rights, and stripped the Louisiana criminal justice system of credibility.

A surprise to no one, these repeated wrongs on individual and systemic levels did not make our state a healthier or safer place to live. Louisiana still incarcerates more of its population than any place in the world and has the greatest percentage of its prison population serving life without the possibility of parole. Meanwhile, our state is number one in the country for pollution; has the second-highest rates of poverty and infant mortality; and is second to last for its education system.

While we can never fully repair the damage Jim Crow juries have done, we can begin to heal the wounds they inflicted.

The people who remain incarcerated on the basis of Jim Crow jury verdicts have had confirmed for them what they have always known: that their convictions were based on an unlawful practice that deprived them of their constitutional rights. Should they spend the rest of their lives in prison even though we know that they deserved better? No. As we move forward on the right side of history, we cannot leave those most directly impacted behind.

That is why the Promise of Justice Initiative has embarked on an unprecedented litigation campaign to restore justice to the people still imprisoned due to nonunanimous jury convictions.