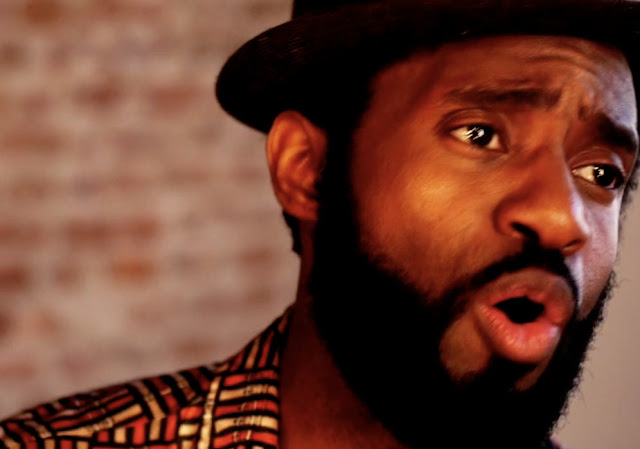 I haven't blogged for a minute and my plate, as usual, is busy dropping figurative food all over the floor of my agenda. I'm preparing for a presentation for the art department on "Creating Resonance at Will" (the sociology of art) for which I will be flying almost entirely by the seat of my pants. I'm working to set up a presentation on dance as social commentary (working topic: death and dying as a manifestation of oppression). I'm making notes to produce a booklet on how Black students can make it successfully through the first two semesters on a majority White campus without sacrificing what's left of their souls. I'm still teaching 350 students per week. And I have yet another, a superbly talented and highly educated Nigerian raised in Britain and  set of midterms to grade (besides all the rest of the "less important" papers).

I have a small stack of topics I'm itching to get on here about. But it won't be today, unless I forego clearning the bathroom, in which case, I'll have to start using the ditch out back since it's becoming a bummer to have to face what a slovenly housekeeper I am.

While you're waiting, though, I have a treat. Someone kindly sent an email tipping me to an artist about which I was unaware: Siji immersed in Brooklyn. I couldn't bring myself to choose between the two videos I'm posting here. What a wonderful dilemma. Enjoy!

SIJI - "Yearning For Home" Music Video from SIJI on Vimeo.

SIJI - 'Ijo'(Official Video) from SIJI on Vimeo.
Posted by changeseeker at 11:07 AM No comments:

Every now and again, I blog about a blog. And that's what I'm doing today. I had been vaguely aware of The Louisiana Justice Institute for some months, having run across some of its activists here and there in the course of doing the work I do. It's not like they're low profile folks. In fact, Institute Co-Director Tracie Washington was named this month by The Root, the daily online magazine published by the Washington Post, as one of its twenty Leading Black Women Advocating Change. And somewhere along the line, I started noticing links on my Facebook site to posts on Justice Roars, the blog of the Institute. But you know how it is, you're moving at the speed of light through your own life, trying to stay on top of the 419 plates you have spinning, and who has time to really pay attention, right?

Then, one day (this morning, obviously), you wake up knowing you don't have to leave the house before you have your coffee (for a change) and you somewhat arbitrarily read a post from one of those links and get blown the eff away. Now, I'm asking myself, how did I avoid realizing the nature of these folks' work all this time? (*shakes head ruefully*)

Read more »
Posted by changeseeker at 8:42 AM 4 comments:

Please allow me to introduce to any of you who are unaware of this brilliant man Dr. James Hal Cone, the Charles Augustus Briggs Distinguished Professor of Systematic Theology at Union Theological Seminary in New York City. Whether or not you identify yourself as a Christian, whether or not you believe in a Supreme Being, and whether or not you would normally even care about or listen to a presentation on this topic, I strongly urge you to spend the twenty minutes necessary to hear what this man has to say. I guarantee he will expose you to some ideas you will not hear anywhere else, ideas which I for one think are important to any dialogue on power and justice related to the socially-constructed, political notion of "race" in America.

Posted by changeseeker at 7:00 AM 2 comments: 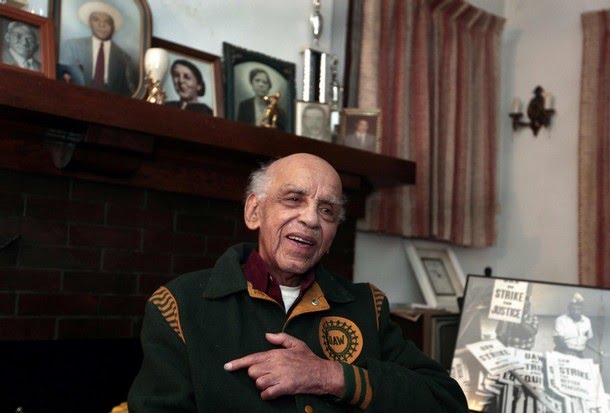 On March 7, 1932, according to This Week in History, a publication of PeaceButtons.info, a Ford [Motor Company] Hunger March began on Detroit’s east side and proceeded ten miles, seeking relief during the Great Depression. Facing hunger and evictions, workers had formed neighborhood Unemployed Councils. Along the route, the marchers were given good wishes from Detroit Mayor Frank Murphy as well as two motorcycle escorts, and thousands joined the marchers along the route.

At the Detroit city limit, however, the marchers were met by Dearborn police and doused by fire hoses. Despite the cold weather, they continued to the Employment Office at the Ford River Rouge plant, from which there had been massive layoffs. Five workers were killed and nineteen wounded by police and company “security” personnel armed with pistols, rifles and a machine gun.

Dave Moore, one of the marchers that day (photo above), said, “That blood was Black blood and White blood. One of the photos that was published in the Detroit Times, but never seen since, shows a Black woman, Mattie Woodson, wiping the blood off the head of Joe DiBlasio, a White man who lay there dying...It’s been 75 years, but when you drive down Miller Road today, your car tires will be moistened with the blood that those five shed.”

Read more »
Posted by changeseeker at 9:56 AM 4 comments:


It's Mardi Gras in Louisiana, folks, and this makes my fourth year here without going to New Orleans, only 45 miles away. It's been raining cats and dogs for two days. I have hundreds of papers to grade by Thursday, thanks to falling behind (again) when my community activities claimed too much of my time. And I threw my back out carrying great big potted plants back outside only to have to haul them in again last night in anticipation of the temperature going back down to 30 degrees after we were all in sandals a week ago.

So...unless someone kidnaps me (and I'm secretly hoping they will), I'll put my eggs in next year's Mardi Gras basket for now, but I absolutely must post this YouTube video of the Rebirth Brass Band (oh, yeah!) playing while the Treme' Sidewalk Steppers second line. 'Scuse me while I kiss the sky...

Posted by changeseeker at 10:12 AM No comments: 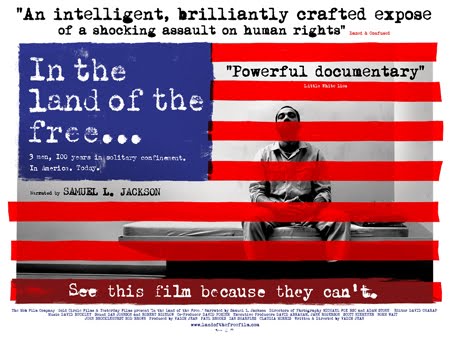