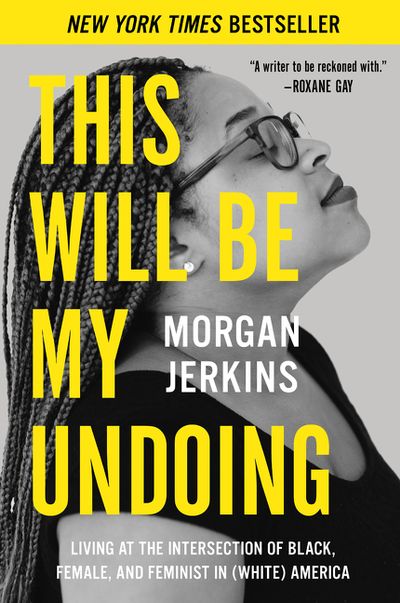 Over the past year, despite the fact that I've been trying to fight my own internalized White Supremacist training for decades, the Universe has employed a whole stream of fearless and forthright Black women to try to get across to me my place in the anti-White Supremacist struggle. It has not been easy on any of us.

As a person born with a vagina, my trajectory beginning at birth has been strewn with the detritus of a life of much suffering. And I'm not talking about hurt feelings or lost loves. I'm talking about torture and rape, brutality and betrayal, the murder of my first born and attempts more than once to kill me, too. So I think fast. I'm tough. And I'm not given to flinching. It's few, indeed, who will take me on.

In many cases, this has been a good thing. At 72, I've had the opportunity and done the work to have faced down my familial demons. I'm not intimidated by wardens or cops. I don't roll over for "colleagues" with penises. I know what I value and what I don't. I'm not interested in power. And I'm not trying to be anybody's new best friend. Overall, I guess you could say, I like who I am and what I'm doing. But this doesn't mean I have nothing left to learn. In fact, the lessons I'm learning now are more difficult.

These lessons aren't difficult because I resist them. I came to this planet wanting to learn. No, these lessons are difficult because what they address runs so deep. The society and the culture we are raised in are shot through with ideologies we take to be "normal": male dominance and control, the glorification of material wealth, a fixation on power over others (however brutally obtained) as proof of "superiority," and, of course, "White" Supremacy.

As you know if you've been reading this blog for awhile, I'm death on White Supremacy. I out it boldly in myself, in others, in social institutions, as internalized oppression, and as an excuse to maintain the status quo. I talk about it in public and in courses at my university daily in ways that horrify some and make others marvel. I have, in fact, become notorious for it. But over time, this practice of fighting racial oppression has combined with the ideology that reinforces it and presented itself -- when I am impassioned or not vigilant -- in the form of centering mySelf and my voice where Black selves and Black voices could and should more properly be.

I have known for a long time that Black men, women, and children have always led and fought their own battles. If you scan this blog, you will quickly see many examples of my offering it as a platform for Black voices, especially in recent years. I work hard to empower Black students on my majority-White campus and thrill when I see them stand their ground on their own, taking on all comers.

So the lessons this year making me aware that my personal battle isn't over yet have been painful. Not shocking because I know how insidious White Supremacy is. Not even primarily embarrassing, though it is absolutely mortifying to be publicly given a verbal slap for oppressing Black people -- especially Black women -- when you castigate others routinely for doing just that. This year's lessons, after more than fifty years of being presented with information that turned me into a social justice warrior, have been painful because I was caused to know in my soul that my own training in a White Supremacist world can cause me to hurt other people. And that makes me sad.

I wish it was as simple as pretending that it's never happened before. But I remember a number of specific instances through the years when I was caused to note my own White Supremacy by saying something or thinking something or speaking out when I should have been silent. In most of those instances, I was pulled up short by a Black person (whether a friend or a stranger). But what about the cases (likely many) when no one challenged me? I wish beyond all else I could believe it would never occur again. But I can't.

I've written and said many times that I'm not trying to save anyone but myself. This has always been a true statement for me. But in reality, as I consider these new lessons and how and why I'm learning them, I'm no longer sure it's possible to save even myself. That would imply that I think I could cure myself of the condition of White Supremacy, that I could reach a point outside the boundaries of our culture, that I could escape my own socialization and the daily reinforcements that are visited upon me because I am seen as "White."

I have fought against facing this for a long time because I hate White Supremacy so much. I hate what it does to us as humans, no matter what we look like. I hate the monstrous aberrations it turns us into, the twisted versions of ourselves it produces. And I hate feeling powerless to overcome it once and for all, to beat it at its own game, to crush it and throw it into a lake of fire. In short, I'm ashamed of being White.

This spring, I read some Angela Davis (Women, Race & Class) and some Gloria Anzaldua (The Gloria Anzaldua Reader) and an incredible collaboration of pieces edited by Deborah Santana (All the Women in my Family Sing: Women Write the World ~ Essays on Equality, Justice, and Freedom). I expected multiple epiphanies -- and had them. But a couple of days ago, I finished reading This Will Be My Undoing: Living at the Intersection of Black, Female, and Feminist in (White) America by Morgan Jerkins. And Jerkins delivered the coup de grace:

“We cannot come together if we do not recognize our differences first. These differences are best articulated when women of color occupy the center of the discourse while white women remain silent, actively listen, and do not try to reinforce supremacy by inserting themselves in the middle of the discussion.”

So I can hang with Black folks if they'll let me (and they're mostly very kind in this regard), but I need to remember I'm White -- no matter how "comfortable" we sometimes seem to be with each other, no matter how uncomfortable I am with my Whiteness. I've learned most of what I know about White Supremacy from Black people who have honored me with that knowledge. Still, if you put yourself under someone else's tutelage to be useful, you don't get to tell them what or how to teach you.

I didn't choose to be born who I am at this point in history. But here I am. The downside of being myself is that I'm part of the problem. The upside is that I can be part of the solution. So I will continue to learn and grow and fight alongside other social justice warriors (Black and White) and talk to White people about White Supremacy. They don't like it, you know. Especially the ones that think they know better. Or the ones like me that sometimes are caused to remember they will always -- still -- be learning.
Posted by changeseeker at 3:55 PM