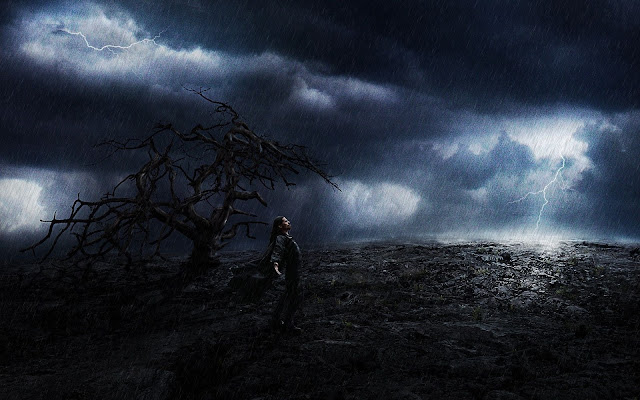 My name is Steven Lamont Byrdsong and I am a convicted murderer. I have been incarcerated since the age of 16 and at the time I write this, I am 41. I have grown up and lived inside the pits of hell. Even when my young mind couldn’t decipher the nature of my actions, my child's heart was crying inside. But by then it was too late to rectify my wrongs and the script of my life was written. Life Without Parole at 16, dead before I even had a chance to live. But continuing to function only from the beat of my heart that was pure and not scarred by the sins of my flesh.
Read more »
Posted by changeseeker at 3:51 PM No comments:

Malik Washington: "Why I Fight So Hard For Our People!"

“The hypocrisy of American fascism forces it to conceal its attack on political offenders by the legal fiction of conspiracy laws and highly sophisticated frame-ups. The masses must be taught to understand the true function of prisons. Why do they exist in such numbers? What is the real underlying economic motive of crime and the official definition of types of offenders or victims? The people must learn that when one “offends” the totalitarian state it is patently not an offense against the people of that state, but an assault upon the privilege of the privileged few.” ~ George L. Jackson, from Blood in my Eye, p.107


Revolutionary greetings, comrades!
As I stare out of my window here at the United States Penitentiary in Pollock, Louisiana, I find myself in a pensive and reflective mood. I see razor wire as well as concertina fencing immediately outside my window. I see the prison yard, the grass, the gun tower and far off in the distance I see trees. I see a flag on a pole, it is the “stars and stripes”. This flag does not represent freedom to me, it represents oppression, abuse, social control and it represents the hateful legacy of slavery.
I woke up here in Pollock, Louisiana thinking of Angola 3 member Herman Wallace. I remember the day he died. I was listening to Democracy Now with Amy Goodman, and she played a recording of Comrade Herman describing the garden that he and his comrades were preparing behind the house he was planning to move into.
Once the state of Louisiana finally granted Comrade Herman release, he was on his last leg, the cancer had literally eaten him alive. When I heard the voice of Herman Wallace, with the anticipation of freedom and the hope of seeing a brighter day, I cried. I cried because I was angry, sad, and frustrated.
Louisiana had absolutely no love, compassion, or care for the Angola 3. What they had for them was racial hatred and decades of abuse. Comrade Robert King and Comrade Albert Woodfox made it out alive. Herman wasn’t so lucky.
Read more »
Posted by changeseeker at 9:13 AM No comments: 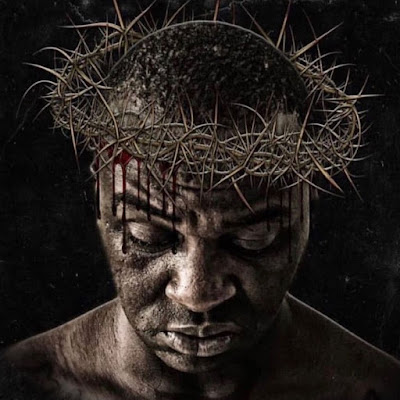 This post is dedicated to the men fighting for their lives
inside the walls in Mississippi. Ashe'

Americans in general have used the Black body as an object of rhetoric to define their identity. Black people, for example, use the suffering Black body, use Black bodies in a way to force Americans to see the suffering so that you can empathize with their pain. We see this not only with Emmett Till, but we see this with the Black Lives Matter movement, with Mike Brown, with Tamir Rice.

[Scholars have suggested that] we shouldn't see history as linear, as one event following another and then the other events are in the past. [Using the word] "messianic" [is] saying that the past is constantly being resurrected. It's constantly re-emerging.

When we take the Black body as a continuum of all this history of suffering and resistance and we have the body of Mike Brown lying in the middle of the street for 4-1/2 hours, for many of the African American activists who are seeing this body in the middle of the street, they're not just seeing Mike Brown. They're seeing all the previous acts of indignity and injustice, and it's not just their personal experiences, but the entire "race." I think messianic Black bodies allows me to explain why African Americans can look at a Black body and say, "Listen, that is all of this history -- and it's me."

During the course of my research, I developed a hyper-awareness of the many often insidious ways in which society disfigures the personhood of marginalized people. I noticed the attempt of so many to lump disparate elements into the category of Blackness or some other category meant to house the unworthy, categories such as "offender" or "inmate." It is difficult to live, to function in one of these categories. You begin to feel like scurf that one cannot scrub clean from the body.

I am an "irredeemable" trapped in one of the crippling categories of the undeserving. I am reluctant to use the word anger -- in America, anger and Blackness and offender is considered a volatile mixture. But everyone, every single one of us, should see when injustice is rampant and bodies are falling and the nation is divided about whether the losses of Eric Garner, of LaQuan McDonald, of Mike Brown, of Trayvon Martin, (insert here), are worth mourning. 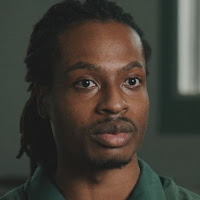 NOTE: The above was transcribed from the Kenneth Burns documentary, "College Behind Bars," which is about the Bard Prison Initiative, a college program functioning in the Eastern New York Correctional Facility in Napanoch, New York. Rodney Spivey Jones was incarcerated in that facility until he graduated from Bard with a Bachelor's Degree in Social Sciences in 2017. He is currently located in Fishkill Correctional Facility and will be eligible for his first hearing before the Parole Board in 2022.


Posted by changeseeker at 9:19 AM No comments:

The Universal and Unending Question 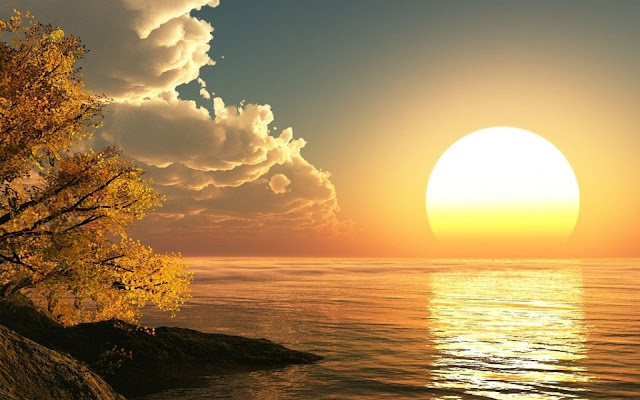 I spent most of yesterday trying to scale a small mountain of mail that had piled up in the month of December while I closed out my next-to-the-last semester I will ever teach full-time and organized the production and mailing of the first newsletter for the Louisiana Network for Criminal Justice Transformation. There were issues inside and outside the walls that had to be addressed during the month, of course, but overall, the mail still sat and then piled up, along with emails, especially after the newsletter went into Angola.

Some of the mail contained submissions for a theater production on solitary confinement we're going to put together to be performed on our campus in the spring. Essays, discussions, and poems were acknowledged and filed for later compilation and development of the project, but occasionally I would just have to read one. Which is how I came across the poem I'm publishing today. It reminds each of us -- no matter where we are, no matter what we have been through or what we may have to face in this coming new year -- that we continually evolve and have the option to consider who we are and who we want to be.

Read more »
Posted by changeseeker at 9:59 AM No comments: