Akinyele Omowale Umoja: We Will Shoot Back 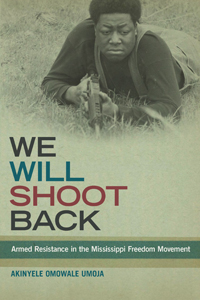 The Malcolm X Grassroots Movement turned me onto a set of five YouTube videos showing Akinyele Omowale Umoja discussing his book on Black armed resistance in the southern United States entitled We Will Shoot Back (NYU Press, 2013). Since it's not out in paperback yet, this may be the book that makes me buy a Kindle. Can't wait, can't wait, can't wait to read it. Ooooo-eeee!

Posted by changeseeker at 1:28 PM No comments:

The Shiz: "The New Jim Crow"

A few months ago, on my early morning jog down the country road I live on, I heard a voice telling me I was being held down. I knew what it meant. I was clinging to a relationship and I needed to let go so I could fly to whatever chapter comes next. Ever been there?

It wasn't that the relationship hadn't been a good one. And it wasn't by a long shot even close to as bad as many of my messed up versions of love affairs have been. In fact, we had both learned a lot and still cared about each other. We weren't anywhere near yelling at each other in the parking lot yet (though there was one incident on a different early morning jog one time that bordered on that). And it wasn't just me that was being held down; it was both of us. But it was time to move on and I didn't want to.

Posted by changeseeker at 4:12 PM 2 comments: