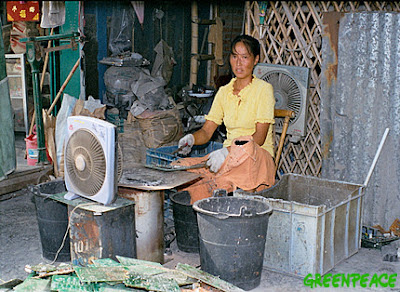 It's been a while since I was able to spend the better part of a day in the blogosphere. Whew! Heady stuff. So much out there to read and watch and think about and chew over. The question of the hour seems to be whether or not racial tensions have gotten worse of late. After forty-four years of looking at the topic and twenty-two months blogging on race, my sense is that it's not worse. It's been this bad all along. It's just getting more visible...again. One might surmise this as a good thing, oddly enough, though scary at best and dangerous at worst.
Here's a bunch of links I came across today related to this topic. I strongly recommend checking out:
1) what Rachel at Rachel's Tavern had to say to the New York Times about the plethora of nooses popping up everywhere we look these days;
2) what Nezua (The Unapologetic Mexican) posted about what's going on in San Diego where people that look like me get help after their houses burn down and people that look like him get threatened with jail;
3) the story m.dot at Model Minority relates about Nicholas Bounds, a homeless but high achieving African-American high school kid and how all we ever hear about are the bummers that Black folks ought to fix (even though White folks started them and keep them going);
4) woc phd's warning about Blackwater setting up shop in California now that they've been kicked out of Iraq for shooting civilians in cold blood; and finally
5) Professor Zero's confession about how those who have known privilege have responsibilities to the rest of the human race and those who have risen out of the dust and pain of lack need to be respected for it.
The photo? That's a Chinese woman smelting a computer.
Just one more thing to think about...
Posted by changeseeker at 10:00 PM

My post is not actually as nice as that - it's a defense of a reader who got gratuitously beaten up at another site. And that reader is white, and I am just waiting to see someone come over and say my post is an expression of white solidarity - at which point I will point out that her attacker was a white woman, too. I am about to stop blogging because I cannot stand to watch what people do to each other on line.

I know what you mean, Cero. I avoid those situations like the plague and I despair of folks that attack in those ways. In my opinion, it does damage to the whole idea of the blogosphere. I really don't get it...

Anyway, Cero, the main reason I highlighted your post is that I think it's good for those of us who are not stressing over meeting our basic needs to remember that many more are. And for those who have never had to so stress to get a better perspective on their lives and, quite possibly, their mindsets.