A Prisoner Writes the Governor of Louisiana 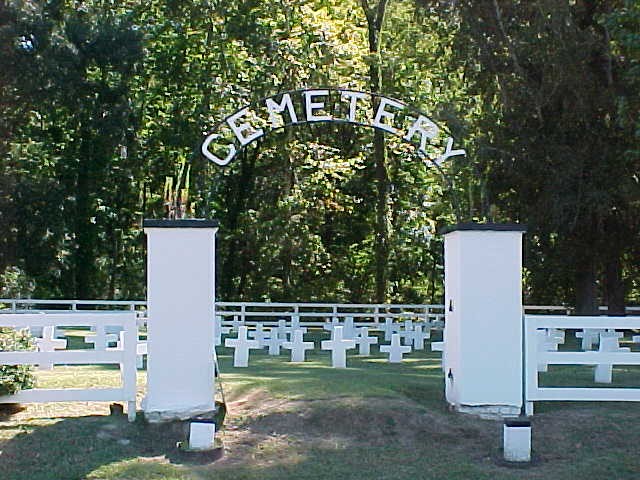 This is the cemetery at the Louisiana State Penitentiary at Angola. There has been quiet talk -- inside and outside the walls in America -- of the possibility of mass graves. Will that happen at Angola? The prisoner who wrote this hopes not.

It appears that America is finally starting to take this virus more seriously. Inside the walls, here at Angola, we are even more concerned. Earlier this week, an officer was sent into our unit with a high temperature. Two of our [jailhouse lawyers] had to be quarantined. But that doesn't help all of the men that went to court that day. Further, those who were quarantined are being held where other non-infected prisoners are quarantined for the ordinary flu.

These types of decisions have caused us to call for the immediate release of all prisoners currently serving time under the re-entry program and prisoners with 10 years or less to serve. We call for a review of the prisoners – violent or otherwise – who have spent 20 plus years in prison. Their records will identify those who can be released and have a place to go. This is a start for reducing the prison population, which was already in motion prior to the virus and is crucial in this crisis. It further serves the interest of the public because many of us have been trained in skills that can aid society in practical ways during this difficult time. But these releases need to begin now, as they have already begun – and are numbering in the thousands – in other states.

The fact is: the spread of COVID-19 is becoming rampant and the death toll could be high. Louisiana is likely to be impacted in a major way. We call on you to make an expedient decision as visiting has been suspended and for God knows how long. There is no Facetime. So prisoners and their families are cut off almost completely from each other. If people are to die, let families be together. Let them not die without mercy, separated in a time of crisis. How can we ask God for mercy and not practice it in our own dealings with one another?

We call for immediate change in the face of potential devastation and immediate action in this crisis. Some of us are the last of our bloodline. If we die, so does our lineage. We are petitioning the immediate release of the most qualified prisoners and an open mind to ascertaining others that might ultimately be added to that list. We cannot be protected inside these walls. And sentencing already incarcerated men to death by virus will add to the indictments for which history will hold this state responsible.