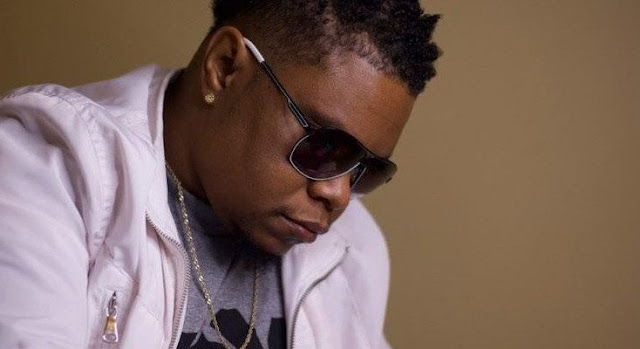 
How do you think the response to coronavirus has been inside of Angola and other prisons?

Well, it’s a two-prong question. I think the ones that are civilized are doing the best they can with the resources that they have. However, I’m not into conspiracy theories or anything like that, but I don’t believe that this just popped up out of nowhere. I did a lot of reading in those cells, you know, about studying, research and a lot of things. I just have some type of suspicions about certain things. I don’t have all the facts and knowledge, but when I have a gut feeling, I grew up in a penitentiary, you know what I mean? So my intuition has helped me overcome a lot of difficult situations. So the federal government, what they are doing, I don’t think they’re doing a sufficient job at all.

You mentioned growing up in a penitentiary. You did over 9,000 days. For people who aren’t familiar with that story, what led to that and led to your freedom?

9,001 days, exactly 25 years. From age 16 to 41 years old. I was arrested and convicted for the armed robbery of a known drug dealer. There was no murder weapon, eyewitnesses, fingerprints, DNA or nobody to say they saw me do this crime. But since I refused to tell and kept my mouth shut, they felt that was sufficient to give a juvenile life without parole plus 30 years.

A blessing was to have two brothers in the penitentiary who told me what to research in the law library. I became a paralegal and began to work myself out of that place.

You were in Angola, what was the environment like inside?

When I first made it to Angola it was the bloodiest prison in America. It was very violent and you had to stay on your toes at all times. You see people get murdered and raped. You see security brutalize and kill people. I had to stay steadfast, know to never give up and refuse to be a victim.

Beyond the danger inside, what were the conditions like?

The conditions were deplorable. As an example, if they think you are a threat they’ll put you in the dungeon. You could only drink water from like a toilet and a sink put together. You had all kinds of slime and just grime gets inside the faucet where the water comes out at. It’s been getting worse, I’m getting a lot of information about what’s going on with the coronavirus.

How are those inside detailing the response to the coronavirus? We practice social distancing, but are there other orders that have been given?

This is what I was told is going on in the Louisiana State Penitentiary and several other prisons across the state as well. They don’t want to give those guys hand sanitizers or anything so they can really protect themselves. There’s no mass, anything like that. Visitation stopped, however they still allow the officers to come and go as they please.

Now I’m hearing that in Angola, they have a cell block called E-Block. And it was rarely used when I went camp to camp. But that was the initial place for cases and those same officers would come out to the yard.

“There is no testing of these people (staff, guards and CO’s) there is no testing of us before they house us with other inmates. We are not six feet apart. In some cases, it's 2-3 inmates per cell with one sleeping on the top bunk. We use one toilet connected to a sink and no hand sanitizer. Food handlers wear no gloves or protection and laundry is tossed outside of the cells, then piled in a laundry bin. More will die, our lives are in danger daily with COVID-19 and if we speak out, we get privileges like phone calls, snacks and rec time taken away. Yet they are forcing us outside to do fieldwork, working alongside sick people and everything.” ~ Anonymous Inmate at Angola State Penitentiary

I’m sure since this is being mishandled, general medical conditions were also not taken entirely seriously inside?

I just want to say there are people that have loved ones behind the walls, man, you know, reach out to him, find out what’s going on, stay in contact with them.

Recently in Hip-Hop, Yo Gotti has sued the Mississippi Department of Corrections due to conditions. Do you know what can be done in Louisiana to ease the issues inside?

With the guys I speak to, they are true dudes, we may be bitter toward the system, but that doesn’t mean we want to just put out false propaganda for attention. Whatever apprehension that they have about protection, I mean, I think that needs to be thrown out the window because we talking about a life and death situation right now.  Prior to this, you have people with all different types of medical conditions, sending their items and clothes to the laundry together and if it isn’t handled right, it comes back brown. In situations like this, you are asking for a disaster. They need the hot water, the showers are filthy, once I heard about this, I knew it would be a tragedy inside because the conditions were so poor before everything started.

You often speak about how corrupt the criminal justice system is and how it impacted both your life and C-Murder. How did those situations happen?

C-Murder, that’s really a true friend of mine. The guy is factually innocent and the world knows. Witnesses have come forward and exposed the Jefferson Parish police department and the prosecutor’s office on how statements were persuaded against Corey Miller. He and McKinley “Mac” Phipps were two of the biggest names in the city at the time. At that point,  it was "forget who really did this particular crime. Let’s focus on these two big names, get a fat paycheck or a raise."

Louisiana and Oregon were the only two states in the country that allowed a non-unanimous jury verdict. Corey Miller had a 10-2 verdict where two people on his jury found him not guilty. Myself, Eric Brown, Tru E-Nation, also had two jurors find me not guilty. Had we been in any other state in America we would not have been found guilty of our particular charges because it has to be a unanimous decision. There is a case pending in the United States Supreme Court right now and we need everybody to put that press down on them because we need this.* There are a lot of guys right now in prison dying with life without parole sentences, found not guilty for crimes that they did not commit.

C-Murder is doing as good as to be expected. He was in good spirits when we spoke with him last and he continues to work toward his future release. He thanks all his fans, supporters, and family for the letters and birthday wishes. He would like to let his fans know, if you have family incarcerated, please check on them. There’s nothing like having people check on you in times like this, ya heard me? Stay TRU. ~ Statement from the TRU team on C-Murder

During my time in prison, I had a subscription to The Source Magazine, and we would watch the Source Awards, which would be our highlight. Much love and respect to The Source, much love, and respect to Corey "C-Murder" Miller and his Publicist Tammy Ty Page. I would like to s/o to the President of TRU-Cuttboy G’Dinero (IG), James “JP” Parker, 2Mekadiaz (IG), Corey’s daughter Alexischelsea (IG), TRU.ENation supporters, Bossspook, my mom, my family, my brother Tyron RIP, my brother Charlie (Khalil) RIP, The Real Freeway Rick Ross, Nola Culture 504, Newtral Groundz, The TRU Team, Connected and Respected.

Posted by changeseeker at 5:11 PM