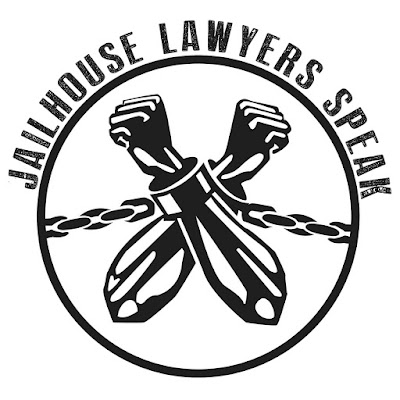 We are leading by example. JLS members participated in the national prison strike of 2016 by having a rep at the organizing table when Kenetik Justice of FAM called, helping the organizing group promote and carry out the plan for the strike.

August 19, 2017 JLS called and organized with an outside committee the biggest abolitionist gathering across this nation known as the Millions For Prisoners Human Rights March. The aim was, and is, to demand the slavery clause of the 13th amendment be “abolished” (amended or repealed).

August 21st 2018 we spearheaded the national prison strike with a list of 10 demands. These national demands were formulated and agreed upon by key prisoner organizers in several states.

1. Immediate improvements to the conditions of prisons and prison policies that recognize the humanity of imprisoned men and women.

2. An immediate end to prison slavery. All persons imprisoned in any place of detention under United States jurisdiction must be paid the prevailing wage in their state or territory for their labor.

3. The Prison Litigation Reform Act must be rescinded, allowing imprisoned humans a proper channel to address grievances and violations of their rights.

4. The Truth in Sentencing Act and the Sentencing Reform Act must be rescinded so that imprisoned humans have a possibility of rehabilitation and parole. No human
shall be sentenced to Death by Incarceration or serve any sentence without the possibility of parole.

5. An immediate end to the racial overcharging, over-sentencing, and parole denials of Black and brown humans. Black humans shall no longer be denied parole because the victim of the crime was white, which is a particular problem in southern states.

7. No imprisoned human shall be denied access to rehabilitation programs at their place of detention because of their label as a violent offender.

9. Pell grants must be reinstated in all US states and territories.

10. The voting rights of all confined citizens serving prison sentences, pretrial detainees, and so-called “ex-felons” must be counted. Representation is demanded. All voices count.

Today these demands are our platform. They grew out of a long struggle that has been ongoing in the prisons since the 13th amendment officially made prisons the state and government owned slave quarters. We view these “demands” as a means to further our agenda to dismantle the Prison Industrial Slave Complex.

JLS has developed friendships and allies around the country and across the waters.
They respect prisoners position of wanting to be at their decision making tables when it pertains to us. They understand and agree with our wanting to have our voices heard and lead our own movement again. Due to this acceptance you will find our voices heard across the world, and people picking up to act on our call. No one can explain what’s going on in prison better then a person in prison. No one desires sentence changes more than a prisoner. No one wants to see the prison walls fall more than a prisoner.

How do prisoners join this resistance movement?

We know that many people in prison are interested in connecting to the prisoner organizers of the national prison strike and joining, but are not informed on how to do so. This should clear that up. We do want as many prisoners as possible to be a part of the JLS membership.
In order for an individual to register as a member of JLS and receive the JLS open membership card, you will need to write us at the following address with your request for membership:

In order to form a committee, the person would need to write us with three additional names of who would serve in one of each of the following roles: chair, co-chair, secretary and treasurer. Members must include their position on the committee when writing JLS.

In addition to joining JLS as an individual or a JLS committee, there are two types of ways that you can register:

The contact address herein listed is for general open membership only.

If you are a part of a formation, you can join us. We are all prisoners irregardless of affiliations. Unity is the key.

“Settle your quarrels, come together, understand the reality of our situation, understand that fascism is already here, that people are already dying who could be saved, that generations more will live poor butchered half-lives if you fail to act. Do what must be done, discover your humanity and your love in revolution.” ~ George L. Jackson

As a member you will have instant national solidarity for concerns in your state from our ranks and allies nationally. You will automatically be authorized to use the JLS logo and name in representing yourself or committee at anytime (name cannot be attached to any criminal interests). All state and federal JLS committees are free to initiate actions without approval. We encourage all potential JLS members to organize with outside organizers in your state to agitate and disrupt the local status quo. We are not trying to save the prisons. Only ourselves and those around us in the same chains.

When you join the open membership, the national prison strike 10 demands are automatically a part of your platform. Promote them in the prisons, to local outside organizers, and to lawmakers.

You do not have to be a jailhouse lawyer as we are. But we do strongly encourage you to know the prison rules, regulations, and any related laws about any concern you may raise. For instance, if your organizing to change the sentencing laws, you must read that particular portion of the law being complained about.

It’s important that we relay this information to as many imprisoned people as possible. JLS was formed knowing that we needed a national organized network to bring about the desired result we are seeking. There is no such thing as the worst state or federal prison. Why? Because they are all prisons, only changing by degrees. Our fight is a national fight. Know your opposition!

JLS founder and central committee member,
S.J.
Posted by changeseeker at 7:00 AM