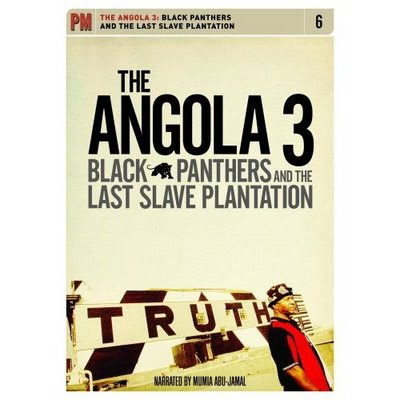 Thirty-seven years ago this morning, a young White guard at the infamous Louisiana State Prison at Angola was viciously stabbed to death in a dorm hallway. Prison officials, whether they knew who actually committed the crime or not (and why should we assume they don't?), saw this as a perfect opportunity to slam dunk several Black Panther Party members and slam dunk they did.

On the word of a snitch doing life without parole for a series of brutal rapes, who bartered his testimony for special favors -- like a carton of cigarettes a week -- and then release from prison only three years after he was sentenced, Albert Woodfox and Herman Wallace were charged with the murders, scooped up and deposited in solitary confinement, where they have remained ever since. Why Woodfox and Wallace? Because they were Black Panther Party members. In fact, they had become BPP members after being incarcerated and had just been given permission to establish the first official BPP chapter behind bars.


Consistent with Panther principles to take responsibility and the initiative to improve conditions for African-Americans by engaging them in positive processes in their own communities, Woodfox and Wallace and their brothers in the new BPP chapter took action to protect new prisoners from the horrified rape culture that had become the hub of a corrupt and criminal system that put money in a lot of pockets -- including those of administrators and guards. Spreading the idea that self-determination -- even inside a prison -- could be a realistic goal, and backing up their talk with a willingness to put their lives on the line, Woodfox and Wallace threatened everything Angola had come to represent. Organized prisoners scare the be-jezzus out of those who oppress them. So naturally, Woodfox and Wallace were an immediate target. It mattered not one iota that they could not possibly have killed Brent Miller and that there was not one shred of credible evidence that either was connected to the crime in any way. They've paid the price just the same.


When Robert King (aka Wilkerson) arrived at Angola, already convicted of one crime he didn't commit (the conviction for which was eventually overturned), he was put straight into solitary confinement -- where he remained for twenty-nine years! -- on "investigation" related to the Miller murder, despite the fact that he hadn't even arrived at the institution when the crime took place. The reason? Because he, too, had found in the Black Panther Party a cause he could believe in.


Ultimately, Woodfox, Wallace and King became known as the Angola 3 and the campaign to see them released has traversed over a period of four decades, strengthening steadily during the past ten years. It's been a long and rocky road for the three. King was released in 2001, after being forced at the last minute to plead guilty to a trumped up charge, so the prison wouldn't have to ante up for what it had done to him. And since then, he has raised sand all over the U.S. and Europe in the attempt to see his brothers freed, as well.


As you know, I have already blogged about this case over the past year, but then the sociological student organization I advise decided to throw Albert Woodfox a birthday party in February, showing the movie, "Angola 3: Black Panthers and the Last Slave Plantation" (the initials in Last Slave Plantation being the same as the ones for Louisiana State Prison). 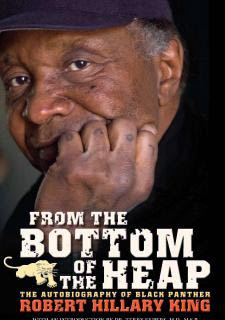 Writing Woodfox about the party and hearing from him shortly thereafter apparently set the hook because now I've talked with Robert King and read his book, From the Bottom of the Heap (more about that later, I promise); spent an afternoon with Malik Rahim of Common Ground Relief in New Orleans, himself a Black Panther Party member with a history and a commitment to the A3 struggle; and contacted Marina Drummer, who fiercely orchestrates the effort to free Woodfox and Wallace all the way from California. Drummer sent me enough stuff to open a small Free-the-Angola-3 store. And speaking with her last evening was like having a conversation with myself. What a long and magical mystery tour life sometimes is.


I don't know exactly what my role will be in all this, other than blogging, but I'm in the process of trying to set up an account to talk with Woodfox on the telephone; I want to visit him, if possible; and I hope to see Robert King speak at my university in the fall. And, in the meantime, I'm thinking about the fact that while two innocent men have spent the past thirty-seven years in solitary confinement, a murderer went free. While Bush et al got a pass for their policies and practices involving rendition, torture, and the deaths of a million Iraqis, most of them innocent and chalked up as "collateral damage," Robert King spent twenty-nine years in the hole and Albert Woodfox and Herman Wallace remain locked up and locked down -- for a crime no one any longer thinks they committed.


About a year ago, Rep. John Conyers showed up at Angola, prompting the prison officials to release Woodfox and Wallace into a dorm. Eight months later, when Woodfox' conviction was overturned, not only was Woodfox NOT released, as he should have been, but the prison authorities put both men BACK in solitary confinement in response to a "rule infraction," while the State decides whether or not to re-try Woodfox yet again. Woodfox' legal counsel requested his release on bail, at the very least, but according to the Washington Post, Burl Cain, the warden at Angola, maintains that Woodfox "is still into Black Pantherism and deserves to be locked up, whether he did anything or not."


Last time I checked, locking up U.S. citizens for their political views is against the United States Constitution. But then so much that has gone on in this country -- since its inception -- has not lived up to our stated ideals or even our laws, I doubt our brothers inside expect otherwise. Still, it's up to us to get them out of there and to make sure they know that until they are out of there, we're in there, as well. 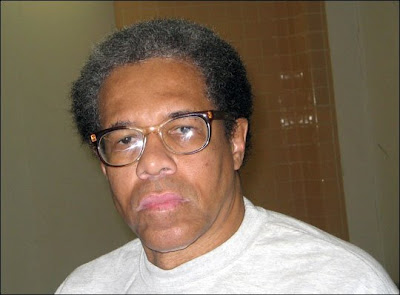 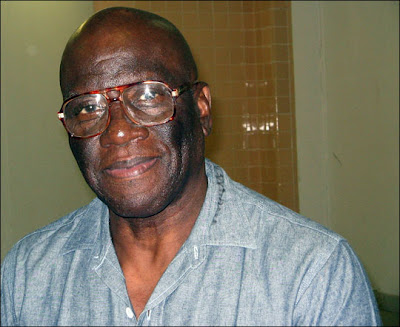