All Power To The People 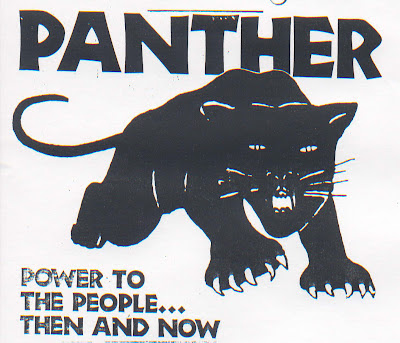 I just put in my third twelve-hour day in a row at the campus and I didn't eat my microwaved frozen dinner until 9:30, but I can't go to bed until I say, "Way to go!" to all those who descended on Jena today. Daaaaaa-amn! When on a single day in the middle of the week, you manage to make the New York Times and the Christian Science Monitor and Congress is talking about a federal investigation and George Bush actually finds himself feeling as though even he has to say something, however stumbling and bogus, about the case, you have pulled off something to be proud of and something we need to celebrate.

The Associated Press reported that the Louisiana State Police estimated the crowd at between 15,000 and 20,000 protesters. Even though my body was here, my heart was there and right now, it's full to overflowing with what on a more ordinary day I might call cautious optimism, but what on this most extraordinary day can only be called hope. My heartfelt gratitude goes out to every person who marched in Jena today to carry the message of truth, peace, and freedom to a nation that so desperately needs to hear it.
Posted by changeseeker at 11:55 PM

Email ThisBlogThis!Share to TwitterShare to FacebookShare to Pinterest
Labels: Jena 6

I just wrote about this. I tell you what, I thought it was an amazing show of solidarity. To bad the energy it produced can't be harnessed.

Hey, ACT! Long time no see. :^D Actually, I think history has a way of harnessing solidarity over time and sometimes, rather unexpectedly. You made me go check out what David Bowie did (donating ten grand to the Jena Six defense fund) and yes! That was a cool move. Thanks for the heads up.