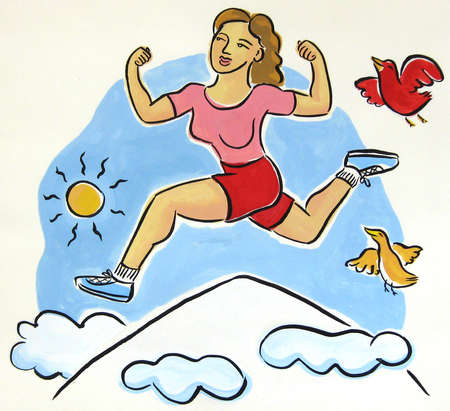 I had to go through four passwords to figure out how to break into my own Blogger account. I guess that says it all, huh? I've been scared to death for the last couple of weeks that I was never going to blog again. After more than five years, that was a disturbing thought to me. I hate being the last one to know something -- especially about myself. Which happens more often than I like, as it is.

But here I am. After all. And maybe there's a few more words in the old girl yet.

It's been a hairy summer.

I thought it was going to be a down time when I could consider my overdriven life and make sense of what to prune and what to keep or even -- Goddess help me -- what to add.

Then, as I mentioned in passing in June, I was blindsided by needing exploratory thyroid surgery with only five days' notice. Everything turned out fine, though I now have a faint but permanent three-inch smile in my neck and the jury's still out on whether or not I'll need replacement hormones to take up the slack for the half of my thyroid that got left where it was.

Exciting? Yes. But, though still in a serious state of recuperation, the initial physical, psychological and emotional trauma of the operation was pretty well over by the time I started teaching full-time again for the month of July.


Two days into the month, though, The Boxer and I had started talking about moving back in together after an eight-month hiatus. We knew I wouldn't have the time or the physical stamina to take on the necessary move to a larger place until December when I get a month off. But we were talking. And a casual question to my landlord produced a startling response.

Yes, he had a bigger place. Three times bigger, in fact. For only 250 more dollars per month. But it had just come open and, in order to snatch this too-great-to-pass-up opportunity, we would have to pack up and move my entire household in fourteen days -- the last three of which I had already booked a flight to spend in Wisconsin with my birth family (including my 85-year-old mother), who I hadn't seen in more than five years. The thought was mind-boggling to say the least. I wasn't even sure it could be physically accomplished. I was fairly sure it would kill me regardless. And it meant that The Boxer and I would be making a MAJOR transition in our lives with roughly NO time to think about it whatsoever.

But 1800 square feet at less than the going rate locally with the same landlord (meaning no ante-up of additional security deposits or anything) turned out to be an offer I couldn't refuse.

So, by putting in twelve-hour days seven days per week without a break until now and focusing absolutely on the tasks at hand (working full-time, packing, moving, cleaning two places, UNpacking everything and organizing a new household, which turned out to mean, among other things, buying sofas and a 40" television set), we pulled it off. And while we're still reeling somewhat under the craziness of it all, we have not regretted taking on the project as yet. In fact, the hummingbirds and baby fox that welcomed us in our new digs -- along with the fact that we did it all without coming to blows -- have convinced us we did the right thing.

But blogging, as you will no doubt have noticed (since my visit numbers have gone down from 150 to 60 per day...sigh) fell off the bottom of the list until this moment. And to be honest, I'm really supposed to be working on my course syllabi since I'm due to begin teaching my usual five classes next Wednesday. AND I'm going to be out of town for the next three days for a conference for which I promised to be a featured speaker.

So there you have it. I am alive. The summer is over. I still have a job (not a minor issue in the current state of academe). And life with The Boxer in our new digs is good, if you don't look too hard at how little time we actually have to spend together (almost none). And what it might be like if and when that changes.

What will be the future of Why Am I Not Surprised?

I mean, the single best scientific indicator of what a person is going to do is usually what they did in the past. Since the day I introduced this blog, even after pauses, I have always returned to you, my Faithful Readers, a decent group of which appear to have hung in there this time in the belief that I can't keep my commentary to myself indefinitely and a college classroom just is NOT big enough.

And thank goodness for that! =]

Oh? Is this in town? I once lived in a nice place at the end of west robert street; great wood paneling.

Thanks for the greeting, Anonymous.

Soma: No, I'm still south of town just a bit on the edge of a wooded area. Wheee!

Thanks, BroWolf. I've missed you terribly. I'm gonna have to have a Brother Wolf marathon fest soon.

I...that is, we missed you too, and are glad you came back.

Naw, you don't have to have a fest in my honor lol.

OH, Z. Pleez forgive my silence. We haven't caught up in SO long and I knew we'd take a while -- which I just didn't have at the time. It meant a lot to know you were there and caring. When the new semester's loose ends are tucked, I'll make that call. I hope you're as well as you deserve.