Locked Into The Locked Up 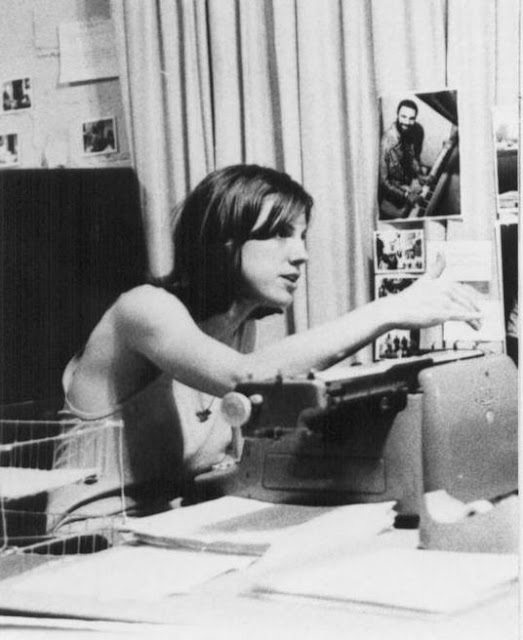 I remember the first time the subject of prisons and prisoners was presented to me. It was 1971. I was in San Francisco, working on an underground newspaper, the San Francisco Good Times. Black Panther Huey P. Newton had been released from prison the year before. George Jackson had just been gunned down in cold blood by guards in California’s San Quentin Penitentiary during an alleged “escape attempt” that nobody believed. And former prisoner “Popeye” Jackson of the United Prisoners Union dropped by our collective to engage our interest. I spent that afternoon listening to his tales of what was really going on behind the prison walls. But it would be another few months before I locked into what I call “the prison abolition movement.”

I was living now in Iowa City, Iowa, recuperating from a broken jaw I received while riding in a BMW that managed to wind up under a snow truck during a blizzard. Thanks to what I had learned in San Francisco, I was quick to pick up on a conversation in a bar that soon led me to the Prisoners Digest International. When I arrived, the collective was busy fighting efforts of the administration at Attica Prison to keep a special 90-page Attica uprising edition complete with photographs out of the hands of the prisoners inside; the courts eventually said otherwise and we shipped hundreds of copies into the institution.

Initially I helped to paste up the paper, but it became rapidly apparent that the collective had a much more dire need. There was no organization to the daily process, whose degree of complexity had reached crisis level. As many as seventy letters per day were arriving from prisons and jails across the United States representing a gamut of concerns. Prisoners would be looking for penpals, free subscriptions, legal guidance, and jobs. They’d report in detail on conditions that were invariably unconstitutional and sometimes horrifying. They’d send transcripts of their cases, articles or poems for the newspaper, and occasionally even money –- which we needed desperately. They’d report that they were about to be or had just been moved from one prison to another and that no one knew where they were, so they were terrified, and begged us not to let them disappear in a system where that was not only possible, but typical.

Such correspondence, stuffed into envelopes of all sizes, filled two huge cardboard boxes; and overflowed onto two large office desks. We were drowning in paperwork with no one “assigned” to the task of making sense of it all. So I picked a desk and waded in. It took months and God knows how much postage to catch up, and only then because I relegated the legal questions to their own cardboard box to wait for the coming of an ex-prisoner legal whiz who’d gotten 100 men released from prison in Connecticut over a 25-year period of incarceration. He was released on parole to work with us under our umbrella organization, the National Prison Center. And he was crazy as a bedbug, but he knew his law.

By the time I finished the task, I had written a song out of the many zip codes of prisons I had accidentally memorized. Prison abolition (not reform) and the prisoners who made this movement necessary were now officially a part of my psychological and emotional DNA.

Over time, I started writing a column I called “At Large” (as in “You’re doing time for me –- I’m at large for you”). The logo was an icon showing a star-filled night sky since the point had been made to me a number of times that many prisoners never get to see the stars. When I wrote my first attempt, fellow collective member Richard Tanner (a brilliant writer himself and my lover by this time) told me it wasn’t good enough to publish and didn’t say what I really had in my heart to say. A second attempt got the same treatment and now I was livid. The emotion his rejections generated in me propelled me to write as I had never written before and the style that was birthed in me that day is the style I have been using ever since.

Referring to Richard Nixon’s line, “Let me make one thing perfectly clear...,” I wrote in part:

Let’s take all the walls, real and illusionary, and make them clear as glass so the people can take a look around and see the truth of what has been happening. What is happening in this country behind the locked doors of bureaucratic convenience and individual lack of responsibility? We have been looking through a glass darkly, beloveds, and it is time to draw aside the veils. We have nothing to hide but our own sense of humanity, nothing to fear but our own slowness in seeing and speaking the truth…

And the prisons, ah, the prisons, my friends -- pitched for two hundred years in the deepest darkness of our perverted conditionings. What will they yield up to the unsuspecting viewer through those fine clear walls? Go to Springfield, Terre Haute or Butner. Or look through the walls at Marion. See the life. See the humanity caged against itself. See the bleeding faces with no more tears left to shed. See the broken bodies and struggling spirits. See the desperation, the loneliness, the fear, the courage and the faith. See the people staring back at you through that clear glass wall.”

The column was a hit and, at least partly as a result of it, I became something of a hero to some prisoners (a “madonna,” one said, though I was never that) because, while others were giving them the knowledge they needed to survive, I was feeding their souls.

When the Church of the New Song was ruled in federal court to be as official a religious body as any other, most members of the PDI collective decided to join. Soon after, we agreed to be the outside headquarters for the Church, which otherwise was completely made up of “purlieus” (branches) inside prisons and jails, where it had been established and burst into flower. There is little question that this decision, though absolutely necessary, spread us much too thin. In addition to bringing out the newspaper and trying to support the collective financially, we now had to appear at court hearings, take actions to make legal suits possible all over the country, and provide chaplaincy services to our members of record inside.

In the maximum security men’s penitentiary at Fort Madison, for example, on a given Sunday when the Catholic and Protestant services would have seventeen and twenty-three in attendance respectively, more than four hundred prisoners (out of a population of seven hundred or so) would fill the auditorium for the Church of the New Song service. By court order, we had an office and prisoner clerk in the education building, access to all of our members (even in solitary confinement), and were (despite administrative denial) important to the peaceful running of the institution.

One night, while allowing Bob and Melissa Copeland, Church of the New Song chaplains at Ft. Madison, a break from a year of seven-day-per-week duties, I was called on the phone at home by the officer on duty that night. He said the prisoners were threatening mayhem because one of them was not getting medical attention and they were afraid he was going to die.

I told him to take the sick prisoner on a stretcher to the downtown hospital without delay. I instructed him to make sure the prisoners saw this happening and to tell the inside leader of the Church that I had been called and was asking the Church members to maintain their “cool” in the face of the officer’s humanitarian actions. The next morning, I was thanked by the officer and told that everything went off without a hitch.

Like many other activists from the period, I finally burnt to a crisp after three years. One afternoon, I said to a National Lawyers Guild lawyer that I just sometimes felt like going to Marion Federal Penitentiary and setting myself on fire. “You need a break,” he laughed. I didn’t listen, but in time, I did walk away from the PDI and the Church of the New Song –- though not far.

I wrote letters to the editor, newspaper columns, and articles, and spoke at every opportunity on what prisons are and what they represent in a country that uses them to rationalize White racism while making money by disproportionately locking up Black men and women. I created a workshop for ex-prisoners called “How to Stay on the Street –- Without Going Back Up the Wall.” I consulted, conducted trainings, and did research on ex-prisoner employability. I worked with adjudicated teenaged boys in a facility in Miami. I designed programs for poverty-stricken African-American kids, many of whom were already involved in the system on the fast track for prison. I counseled women in a maximum security penitentiary in south Florida (eventually earning myself a never-gets-to-come-back-in-here stamp of disapproval when I purchased $300 worth of new books for the prison library). Eventually, I taught college courses in juvenile delinquency and the sociology of the correctional system.

Today, in addition to everything else, I blog regularly on criminal justice issues. And I am deeply committed to the campaign to release the remaining two members of the Angola 3, Black Panther Party members who have been in solitary confinement since 1972 because of their politics. Both of my children were fathered by men I met while they were in prison. And my fiance served twenty-seven years for a robbery that netted $70 and involved no physical injuries.

When I first found this road I’ve been on these past four decades, people -– especially prisoners –- would ask me why I cared enough to do what I was doing. I care because, as I read somewhere, the criminal code is the line of demarcation between the individual and the state. A society that can remove all the rights from any group in that society can remove all the rights from any group in that society. This society has made an art form out of assaulting the rights of people of color, especially African-American men. I am only too clear that anyone can go to jail in the United States if the authorities want them there –- for whatever reason. So when I question my longstanding commitment, I always think to myself, “If I was locked in a cell, what would I hope someone would do for me?”
Posted by changeseeker at 7:29 AM

I've never known what it was like to end up in jail or prison. Still, it would be an eye-opening experience for someone who's opposed to the gluttonous prison industrial complex. I bet it would give them a feel of what it's truly like to be caged like animals stripped of what little humanity they have left.

I spent one night in jail once decades ago and I'm still twitching, BW.