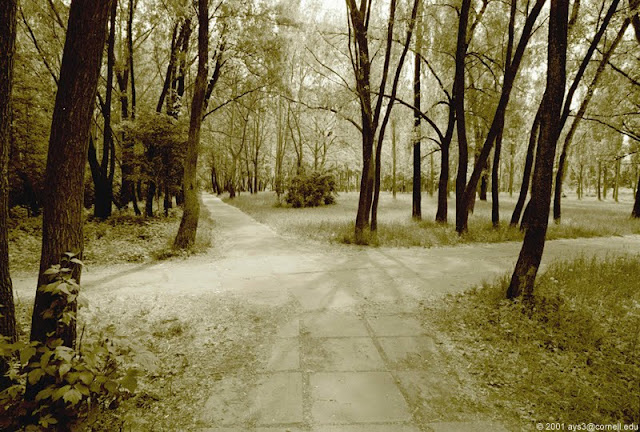 Yesterday, I got my student evaluations from my spring courses. I was glad to know I'm "cooler than John Travolta" (whatever that means), that most students gave me high marks and that a healthy handful wrote that I changed their lives. One student even said I should get a raise (a sentiment with which I heartily agree).

But, needless to say, a few students were made uncomfortable enough by my admittedly somewhat ruthless examination of racial issues that they felt the need to mention it. A few always do. Sometimes graphically. This time, for example, one evaluator suggested in three different boxes under "Improvements Needed" that I hate White people, suggesting that the improvement would be to put more Black people in my classes "to make [her] happy."

These are, of course, my favorite evaluations. In fact, if my boss doesn't see enough such potshots, he thinks maybe I'm losing my edge. Nevertheless, I know they don't mean it to be funny. They're trying to communicate something. Some more than others. My first academically-related death threat, after all, was over the phone in the middle of the night while I was in the process of teaching my very first course ever.


Still, as I prepare the syllabus today for the course on Racial and Ethnic Relations I'll start teaching tomorrow morning, I'm remembering a reaction paper I got several years ago from a student in an earlier Race class. Though it was apparent she had the academic skills she needed to do very well in the course, she was often absent and rarely turned in her assignments. Finally, she showed up at my office.

"I grew up living on my family's plantation," she began. "We've been living there for generations and we're very well off. I never thought anything about it. Until now."

"I'm trying to just approach your class like any other class," she went on. "But it's all I can do to sit there and listen. I can barely get myself to show up."

"Still, I know you're telling the truth. I just don't know what to do with the information. I mean, I'm still living there. And now, when the guy that supervises the workers tells my father he'll get the fruit picked before the rain hits, I wonder who's doing the picking and how much they get to do it and where they live at night..and how long their families have been connected to mine."

She asked if it would be all right for her to hand in her work late and, intrigued at what it might look like, I assured her that it would. Among her submissions was an emailed essay in reaction to a film the class had watched. I think she got it and this is why I teach.

I'm dedicating this post to AngieNoRemorse89, whose comment I deleted this morning after it appeared on one of my earlier posts. She was addressing Black commentators to the same post, who hadn't themselves written anything incendiary, but for some reason Angie was outraged. She started out by writing that ignorance holds Blacks down and they should "focus on their own wrongdoings," that a lot of Blacks have a "state of psychosis going on" and that "in order to see the light, you have to be open to all races" (especially, I take it, the White one). Angie wrote that she hears "lots of reports of flash mobs of Blacks beating up Whites," called Black people who would do such a thing "ignorant apes," and closed with a direct threat: "If you come to my house and threaten my family because you hate Whites, I will blow your worthless brains out."

Consider this alternative perspective from a young White woman who forced herself to take, show up for and participate in a course on race I taught in 2008:

“We, the children of a ‘politically corrected’ society, seem to pride ourselves on the idea that progress has been made; that we have risen above the crude bluntness exhibited by previous generations into a stratum permeated by ‘tolerance,’ ‘equality,’ ‘fairness,’ and ‘justice.’ As [students in] this class, we seem incredulous at the idea that caricatures like the ones seen in [the media] were not only allowed, but were celebrated icons from which much of ‘White America’ formulated its opinion of who the ‘Negro’ is. I wonder how many people were amazed that American’s cultural standards were at one time so debased that the word ‘nigger’ was commonly seen in advertisements and cartoons directed toward and intended for children. I know that I was. But it is this very incredulity at past offenses that helps blind us to the inequities within the society by which we ourselves have been socialized. Even as we acknowledge our current shortcomings, we’re giving ourselves the proverbial ‘pat on the back’ – rejoicing in our own sensitivity and awareness when compared to previous generations. We like to think ‘we’ve come so far’ because people of color are no longer openly depicted as alligator bait.

"However blatant or subtle the delivery, to the conscientious observer the message is clear. Inequities in how the different races are portrayed abound – and the channels through which these racially charged messages flow are wider open and more numerous than in any generation that’s come before. So, should we honestly believe ourselves immune to the constant technological bombardment our senses endure every day? Of course, we shouldn’t. We navigate a veritable minefield of racially loaded biases every day; we just don’t want to see it. We remain cloistered by our misplaced sense of progress and pride.

"Yet we know racism is real. We know inequality exists. We’d just rather not admit to the possibility that our lives are affected by it. As a result, we have become, not less prone to an ignorance of our own ignorance, but more so. And what we’re truly failing to see about racism in America is that the denial of its existence equates to a justification of its practice.

"We are blinded…and our sight will only be restored when, on some deeply honest and undeniable level, we realize that we cannot claim both ignorance and innocence – that we must choose. We must either acknowledge that our society is wrought with the perpetuation of oppressive perceptions and humbly share in the responsibility of eliciting change or we must admit to having assimilated racism into our belief system, to having accepted its fallacy as truth, and to simply not caring.”

Maybe the Angie's of the world can hear it better from one of their own.
Posted by changeseeker at 11:27 AM

I am always reminded when I read here, of my grandfathers words..." our belief in the truth, does not alter the truth in any way"
Blessings on another year teaching...

I wrote a few posts on the flash mob attacks, but I doubt she would want to read them. To her I'm just another nigger sticking up for my homeys. lol

While people are praising the mayor's decision for more police and a curfew, it still wouldn't help in the long run. He may end up setting up black youth for a future in prison. What has to be done is figure out why black youth are doing this in cities like Chicago and Philly and Columbia, SC, and help them. After all, I think the youth were or are victims themselves.

Also, what do you think about the Philly's mayor Michael Nuttin telling black youth that they've failed their race during a speech at his church?

BroWolf: Black sociologist Calvin Hernton wrote a truly excellent article back in the sixties entitled "Dynamite Growing Out of Their Skulls." I think you can find it, if you google it. And it explains this phenomenon to a T. As for a guy named "Nuttin" telling Black youth they've "failed their race," I'd say White folks must really like his style. Those Black youth wouldn't have lost their minds if adults in this country (Black and White) had not failed the Black youth FIRST.

I'll see if I can find that article...Yea, I know a lot of whites and some blacks are agreeing with him as well. I have a lot to say on that alone.