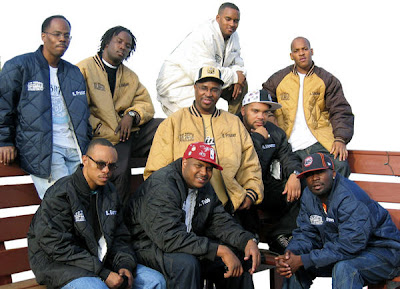 Most of my Faithful readers know by now that I live in Louisiana. Boy-oh-boy, I'm tellin' ya. It's interesting.

Don't get me wrong. I tell folks hereabouts all day long that White Supremacy is the default position everywhere in this country, not just here. And that's a fact, Jack.
But it is true that they're subject to do stuff like train folks in hand-to-hand combat here in preparation for an attack by "terrorists." And it's true they will organize against the possibility of Black folks participating here in the political decision-making process. And it's also true that "law enforcement" in this state alarms even law enforcement officers from other states and that, when the Justice Department is called, the locals threaten to sue those who ratted them out. (As if...? I mean, how could they hope to defend brutality witnessed by other cops who were so horrified, they left town and called Daddy?)
So whacha gonna do?
You're gonna head down to N'Awlins for the French Quarter Music Festival yesterday afternoon, that's what, and spend hours shakin' to the sounds of, among others, the Rebirth Brass Band. Oh. yeah.

Posted by changeseeker at 2:41 PM

LOL...gotta do whatcha gotta do, eh?