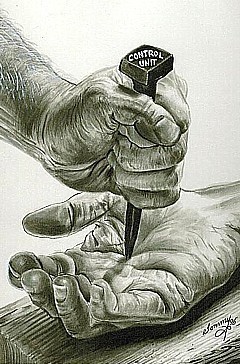 National news media reports make prison administrators in Alabama appear to be incapable of fulfilling their responsibility to keep the people in their custody safe from harm. Every day that goes by seems to prove that what Alabama needs is not more, bigger, and more expensive prisons, but rather administrators who are professionally capable of keeping incarcerated citizens safe while preparing them responsibly for their eventual release. Whether they like the prisoner or not.
___________________________________________________
NOTE: The graphic above was done by Thomas Silverstein, a prisoner in the federal system who passed away May 11th. His obituary can be read here.
Posted by changeseeker at 12:20 PM