Call For Action by IDOC Watch 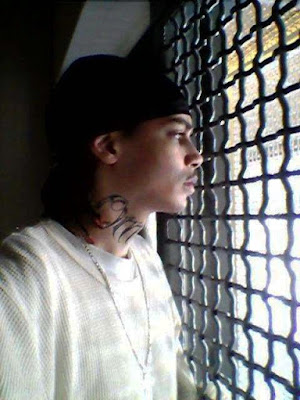 IDOC Watch has issued a call for action on behalf of co-founder and Chairman of the New Afrikan Liberation Collective Kwame Shakur (Michael Joyner), presently incarcerated at Pendleton (Indiana) Correctional Facility. IDOC Watch has received word that Chairman Shakur has been attacked by Pendleton staff for the second time recently. It is thought that he may have sustained serious injury to the head.


The assault comes shortly after Shakur was dismissed from a medical examination after insisting he be treated for an auto-immune condition caused by a TB outbreak in Pendleton. It also follows the most recent assault on him during a punitive shake down in retaliation for his political activity.  Pendleton has made Kwame Shakur a primary target in their suppression of inmate struggle and if they are not stopped, the violence against Shakur will only escalate. Pendleton was most recently in the news for the arrest of three corrections officers caught on tape severely beating an unarmed inmate. Warden Dushan Zatecky assured the public that their arrest was proof of Pendleton's commitment to inmate safety. Yet assaults on inmates, of which Kwame Shakur is just the most recent is a constant occurrence at Pendleton.  PLEASE CALL:  Indiana Department of Corrections Commissioner Robert E. Carter at 317-232-5711. Press 0 for operator and ask for the Commissioner; then leave a message if no one answers. Ask for the commissioner, but if you are routed to a secretary, leave a message.
SCRIPT:
"I am calling because I am concerned about the safety of Michael Joyner #149677 of Pendleton Correctional Facility. Yesterday, he was assaulted by staff and likely has a severe injury to the head. I would like to know his whereabouts and request an investigation into the incident." You do not have to say more than that and you do not have to give any information about yourself. Expect lies and dodges. The point is to make them aware that they are being watched and that Chairman Shakur has supporters on the outside.

Interestingly enough, the town of Pendleton has a long history of White Supremacist violence. According to Wikipedia, in 1824, three White men massacred a group of Seneca and Miami Natives. And in 1843, Frederick Douglass and two other men were brutally attacked by what Douglass called "mobocrats" when they visited Pendleton in response to an invitation to speak to the townspeople. Douglass was knocked unconscious, beaten while he was on the ground, and suffered a broken right hand that never properly healed. Realistically though, I guess any town that has less than 5000 residents -- 97% of which have been socialized to believe they're "White" and probably most of whom work at one of the three (count 'em, three) prisons -- may not have come too far.
Posted by changeseeker at 6:53 PM