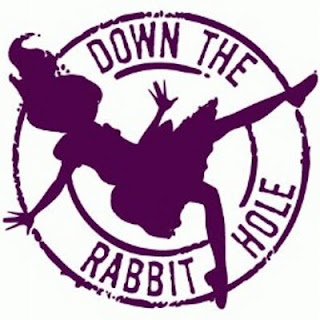 I've been mulling something over and I'm wondering if I've fallen down a rabbit hole or what. I'm wondering what the difference is between providing goods and services that are "illegal" and those that are "legal" to make a profit. We know The Power Elite or whatever you want to call them decides which will be which and we know they ultimately make a profit from both. We know that (probably) millions of individuals are caught up in the criminal "justice" system in the U.S. for dealing drugs, for example, while others are now becoming millionaires legally doing the same thing and those who build, run, and profit from the prison industrial complex are, as well. So what's the deal (pun intended)?

Or let's talk about "dirty money" or money that has "blood" on it. Is there a dollar bill on the planet that isn't dirty by now? If a man works for a company that produces video games made with material mined by child slaves, isn't his paycheck "dirty money?" And if he buys one of those games for his son, isn't he making that filthy industry even more profitable? When a social service program is given a federal grant, isn't that cash dripping with blood? When a single mother who is the victim of a system set up to keep her in abject poverty while the profit of her labor puts the CEO of the company she works for in a private plane, isn't the process of trying to feed her family every day draining the life out of her body with the same vicious callousness that might be demonstrated by a "criminal" who kills their victim or a pimp who sells girls' bodies? In fact, isn't it worse because in the case of the "criminal," there may be only one victim at a time, while in the case of the 1%, the victims are legion and for life?

Ratcheting up a level, what's the real difference between sending out an army to produce capital for investors in a government or doing the same thing for investors in a crime syndicate? What's the difference between a "President" who has people (even leaders of countries) killed because they got in his or her way or re-neged on a deal and a "gangster" who does the same thing? More to the point, who gets to decide the answer to that question and why do virtually all of us just accept whatever they say?

And do we really want to raise the issue of exploitation of the "innocent" when even the bees are fighting for their lives while watching "reality" shows about rich housewives is a thing? Is every human on the planet implicated in one way or another in this march to the gates of hell?

That'll get us started. I'm not asking for a friend. I'm asking for me.
Posted by changeseeker at 9:47 AM