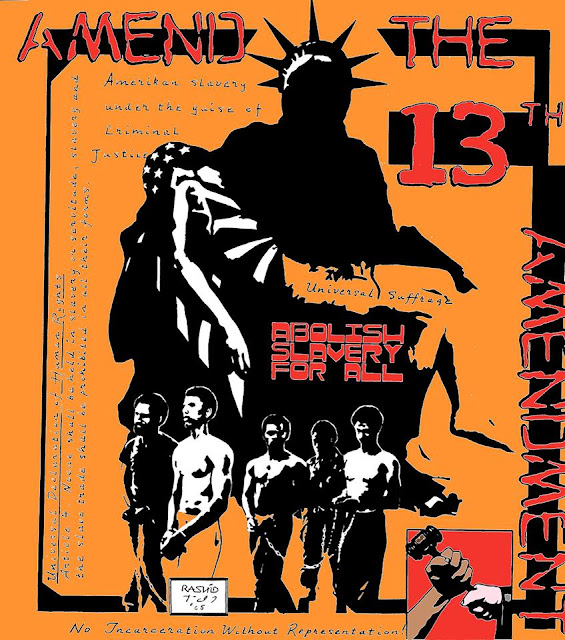 I have decided to publish the letter for several reasons, which I am not going to discuss, and I am publishing very nearly all of it, except for details that would specifically identify any of those involved. So I do not call names, but I think the points I made during my conversation and then repeated in my letter were important and general enough to apply to what is building in prisons from coast to coast in the United States. Please feel free to share it as appropriate.

I appreciated the opportunity to speak with you this afternoon on the phone about the concerns your administration was experiencing over an event you had seen advertised to occur at your institution on August 18th. You made it clear that you, as an administrator with 44 years continuous experience in the Department of Corrections have no particular problem with a peaceful demonstration related to reducing the number of men and women incarcerated in our state. Indeed, you made the point that our Governor has worked ever since he was elected to effect wide-ranging changes in this direction with your support.

I made no attempt to present myself as a decision-maker in the movement that had called for the event on the 18th, especially since I’ve only been peripherally involved with this group for several weeks. I told you I tried to get someone among the group’s leaders to call you but was unable to arrange that. Consequently, in the firm belief that there had not been time to organize the event effectively and deeply concerned about the negative effects this might have on the prisoners and staff inside your institution without being able to have an overall positive effect in terms of reaching its goals, I explained to the people outside that I had been specifically directed by incarcerated leaders to call for the cancellation of this particular event at this particular time. And as I told you, it appears that they have agreed.

You and I discussed the idea that peaceable demonstrations representing large numbers of individuals and groups, including the loved ones of incarcerated men and women in our state, at the capital building or in other highly visible places in support of changing various current situations having to do with criminal justice and corrections here would gather a larger groundswell of interest and attention – and more effectual results – than a smaller demonstration in the countryside nearer the prison itself.

When you told me that the main concern about the 18th was whether or not its intention was to call for a mass work stoppage inside the penitentiary, I couldn’t speak directly to that. I do know, however, that the group’s main points as outlined in their documents online express wanting to effect change related to how men and women wind up going to prison in the first place, examining the role that poverty and poor public schools plays in increasing incarceration rates, researching how and why the womb-to-prison pipeline affects the Black community disproportionately, and calling for the provision of medical, vocational, mental health, and other services all humans need in order to reach their full potentials.

I explained that as far as I can tell, the push nationally to focus on incarcerated workers is not primarily a criticism of penitentiaries themselves as much as it is an attempt to address a situation that affects all American workers. When highly profitable corporations are allowed to close down factories on the outside and move them inside prisons where incarcerated workers are then made to do the same work for a fraction of the cost, all workers suffer. Workers on the outside cannot compete with this rate of pay and often can’t find a job at all in a country where millions of jobs are now being performed by incarcerated men and women for a dollar per hour or less.

Because of this process, families outside lose much-needed income and can’t pay their bills which increases their sense of helplessness and desperation, raising the likelihood of their having to turn to alternate, less legal, options. When members of those families then wind up as incarcerated workers, it makes it look as if the 13th Amendment of the U.S. Constitution is being used specifically to maintain a system of slavery in America. Corporations already making billions make even more and incarcerated workers are made to feel like robots.

This is an issue that will have to be addressed – sooner or later – not only by you at your institution but across the United States because it is affecting all of us. It is not just about the prisons. It is about families and decency and the future well-being of our country. Repealing the 13th Amendment and expecting corporations to pay incarcerated workers a living wage would completely sidestep the otherwise necessary discomfort of forcing human beings to demand their basic human rights when the Universal Declaration of Human Rights already guarantees them.

I told you earlier this afternoon that I hope we can maintain a cordial relationship in the future. I am enclosing my card should you want to get in touch with me. And I will certainly take you up on your offer to call with my concerns as they arise.

Thank you for assuring me that you do not intend to close down visiting privileges on August 18th. I’m sure those who are incarcerated at your institution and their loved ones, the staff you supervise, and all of us who care, will be glad to hear this.