The Bride and Groom Jump the Broom...Anyway 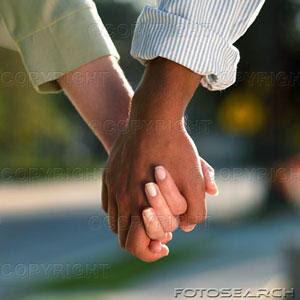 I tend not to rat myself out too often on this blog. My identity, what I look like, my specific location, my place of employment, whatever -- it's become something of a principle with me to keep that stuff anonymous -- at least in theory. But since I've probably stood behind this fool in the line at the grocery store cash register, I'm breaking my stride this once to admit that Justice of the Peace Keith Bardwell of "I'm-not-racist-I'm-just-racist" fame lives in my neck of the woods.


The guy everybody's talking about with such outrage all over the world is a bonafide Louisiana redneck and a registered voter in my Congressional district. I hardly know what to say except maybe, "See what I'm talkin' about?"


Keep in mind that I was writing this blog in a good-sized city in another state for two years before I moved here two years ago. So I didn't discover the socially-constructed, political notion of "race" when I came to the land of David Duke. But I was nervous about moving here, needless to say. I mean, nervous as in taking-the-Eracism-bumper-sticker-off-my-car nervous or don't-look-a-good-ole-boy-in-the-eyes-when-he's-drivin'-his-big-ole-truck nervous and good grief, yes! break-into-a-cold-sweat-when-driving-after-dark-down-a-country-road nervous. I hit town talking about the default position in this country being White supremacy and I was convinced I was going to wind up out in the woods somewhere nailed to a tree one night. But so far, so good.


Still, I wasn't surprised to learn that we made the morning news in all the time zones over the past couple of weeks thanks to Bardwell's refusing for the umpteenth time (that's the way we talk here in more or less rural Louisiana) to marry an interracial couple. He's been consistent with this practice as an elected official for 34 years now and it never caused a ripple before. Up until now, he'd just say no and the couples would go to a different Justice of the Peace. No problem, right?


But this particular time, for whatever reason, the couple in question (one Beth Humphrey and her fiance, Terence McKay, two local folks in love and old enough to know what they were doing) called Bardwell in need of a license and a ceremony. Bardwell's wife, doing her wifely duty of screening his calls, informed the blushing bride-to-be that Bardwell won't bind a Black person to a White person until death do them part (or they fall out of love, whichever comes first), so they'd need to go to a different judge. Humphrey hung up and the couple did eventually tie the knot in somebody else's living room.


After thinking it over, however, and receiving -- probably -- some flabbergasted input from friends and family, Humphrey and McKay started talking to lawyers and the media and the rest will now most certainly be a part of history. Bardwell has been shrugging for days.

He says he was told when he started the practice (34 years ago!?!) that it was going to get him into trouble. See, it's been illegal to discriminate against couples who want to marry across the color line since the U.S. Supreme Court ruled in favor of Richard and Mildred Loving (I swear) back in 1967, six years before Bardwell was first elected. His response at the time, the way he remembers it, was, "If I do get in trouble, I'll just resign." He's not racist, you understand. He just believes the couple won't stay together and the children will have a hard way to go. I guess the fact that the average marriage in the whole world -- in general --breaks up in four years would be startling to Mr. Bardwell since he worries about those things.


The way folks were going to treat my bi-racial daughter was one of the things my mother threw into the conversation mix when she discovered I was pregnant twenty-nine years ago and the father was (gasp!) African-American. She had already put her house up for sale, she said, because she couldn't face her friends anymore. When that failed to move me to remorse, her last ditch effort was to try to get me to give the baby -- like a puppy -- to a young Black couple at her church. I made it very clear to her that this was not going to happen. And it was then that she assured me (far too belatedly, I'm afraid) that she didn't personally have any problems with the situation; it was just that other people were not going to accept the child.


Eventually, she did accept my daughter and even her father, who deserved far better than my mother put him through. And today, of course, that child my mother found so problematic has her own apartment in Manhattan and is on her third junket out of the country on vacation this year at this very minute. Did some people torment her? Yes. Was she sometimes lonely? Yes. But she wound up doing better than most of us anyway. Which is one of the things some folks pointed out about Bardwell's concerns. When this mess hit the press, President Barack Obama was in New Orleans, serving as a pretty blatantly embarassing contradiction to Bardwell's contention that bi-racial children from broken homes do poorly.


In any case, Louisiana Governor Bobby Jindal called Bardwell's practice "outrageous". And in the same article, U.S. Sen. Mary Landrieu called the situation "deeply disturbing." And the ACLU of Louisiana hopped on the bandwagon in a minute, too, along with a barrage of civil rights lawyers who have offered the local NAACP branch pro bono services to ride Bardwell out of office on a rail after a tar and feather bath (I'm an officer and I know). But Louisiana Attorney General Buddy Caldwell*, in his usual inimitable fashion, before he decided yesterday to say "no comment" a little too late, went on record as saying that Bardwell doesn't have to marry anyone he doesn't want to and therefore there will be no reprimand, no investigation, and no sanctions or demand for resignation (this was in a local paper yesterday and the article has not been archived on-line, as yet).


The result, of course, is that Bardwell is just quietly waiting it all out. He's seen uproars over race before, I'm sure, and in the end, in his experience, in Louisiana, any change is superficial at best. This time, though, local leaders known for their unapologetic racism are running for cover. So Keith Bardwell may be retiring early (after 34 years of being as racist as he wanted to be), but it's really no biggie for him. He still won't have done what he didn't want to do. And like they used to sing in the jukes, "One monkey (or one good ole boy) don't stop no show."


Still, it's always fun to see the light come on and the cockroaches scuttle. So by way of sending my regards to soon-to-be-no-longer Judge Bardwell, here's a few photos. Enjoy! 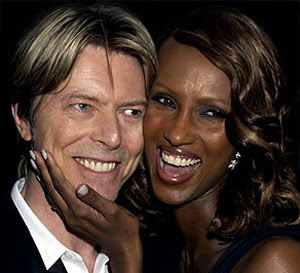 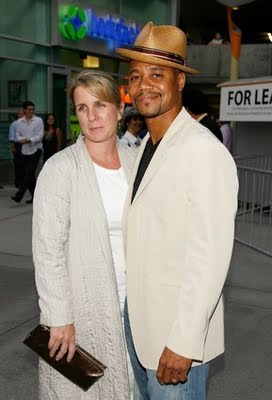 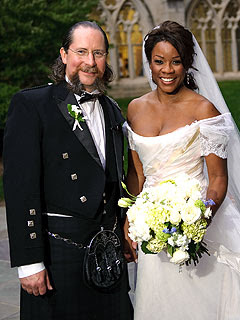 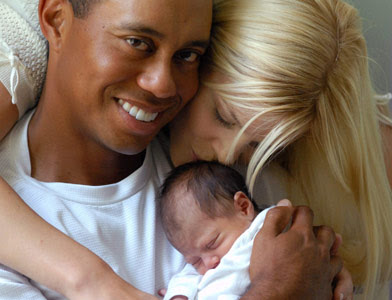 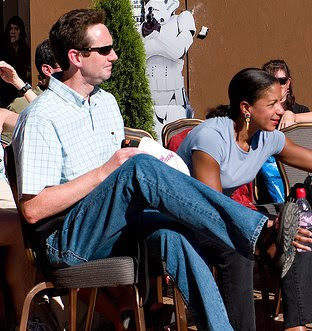 US Ambassador to the UN Susan Rice & husband Ian Cameron 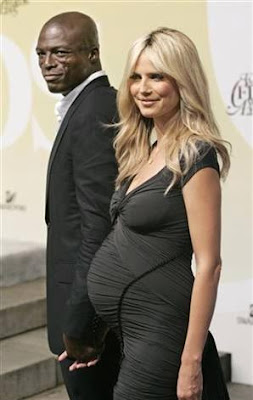 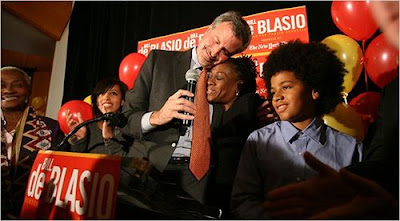 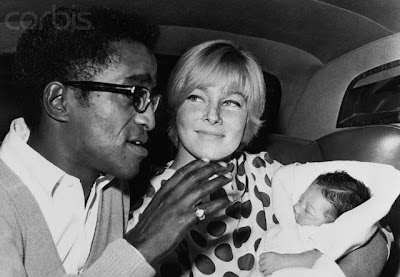 Sammy Davis, Jr. & wife May Britt with baby in tow 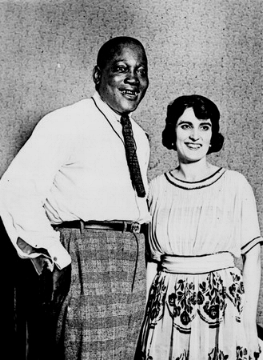 Richard & Mildred Loving, after the Supreme Court ruling in their favor

This was a wonderful post, thank you, and I especially appreciate the context for Bardwell's actions and attitudes. Here's hoping that many of those scuttling cockroaches will be banished for good this time!

Hey, Macon. Thanks for not forgetting me. You just made my day. It is SO good to be writing again and greeting old blogger friends! As for the cockroaches, it's said they will outlast humans, but I notice we still try to keep 'em at bay, huh? Raid, anyone? ;^)

I couldn't wait to see your input on this story! It made me so angry that this isn't getting even more attention than it is right now. Loved the pictures.

It pleases me that you wanted to see my reaction, Tinsmith. Hope I didn't let you down. ;^) I love the photos, too. Seen in a group, they really tell a story, don't they?

..and there is Barack Obama. He grew up to be President! Hah! You go girl, Changeseeker.

Thanks, Sawtooth. Some posts write themselves and this was one of those, huh?

I liked the personal story you included in this post. The news story is getting old but you brought to life nicely by sharing your story. Thank you.

Hey, Kit. The personal is political, right? It's my stock in trade (even in the classroom) to tell little "stories" from my life. The result: students beat a path to my office door with stories from their own lives that they need to tell, too. Connection -- not money -- should be the bottom line. It's probably why so many people love gossip. We relate in one way or another to what somebody else is going through. And it's usually WAY more interesting than the "news."

So true. I do a lot of that on my blog. Come visit me sometime.

Hey, Kit. I just added you to my blog roll. I don't know why that didn't happen before now. I just read several of your most recent posts and you're kickin' ass over there. If I wasn't on my way out of town, I'd be commenting and linking. Maybe I'll get a chance to do it later. Thanks for doing what you're doing.

My name is Chris Boreham, I'm contacting you from the BBC in the hope that you could help us with a programme I'm researching on the history of mixed race relationships.

If you have a free moment in the next couple of days, I'd be very grateful if you could email me at christopher.boreham@bbc.co.uk and we can discuss the topic further.

Thanks for your time.