You Can Kill The Act, But Not The Dream 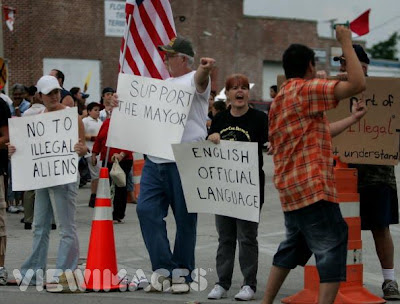 Those of you who hate the idea of bright and energetic young people of talent and ability who want to make this a better, more prosperous place for everybody to live will be delighted to know that the DREAM Act was voted down. The DREAM Act attempted to establish a process under which youthful immigrants who have been in the U.S. for a substantial period of time and shown special promise could go to college and become productive and legal residents of this nation.

But the DREAM Act would have made it impossible for youth who are already U.S. citizens to go to college. No, that's not right.

The DREAM Act would have made young people all over the world leave their homes just to go to school at U.S. colleges. No, that's not right.

Um...the DREAM Act would have given "undeserving" and "undereducated" farm workers a "free ride" into college. No, that's not right.

Well, what was the problem with the DREAM Act?

Oh, yeah. It would have documented (pun intended) that immigrant children are a wealth of intelligence and energy that makes a lie out of the claim that "White" people are superior and that migrating peoples are bad for the United States as a nation.

If you didn't know about the DREAM Act or if you didn't realize that it has been pushed off the table for another year, at least, or if you just want to read about how it was defeated and by whom (for future reference), you can visit kyledeb at his fancy new blog, Citizen Orange, dna at Too Sense, and XicanoPwr at Para Justicia y Libertad!.
Posted by changeseeker at 10:00 AM